SALEM has unveiled the artwork of the "Kadish" 2011 reissue. 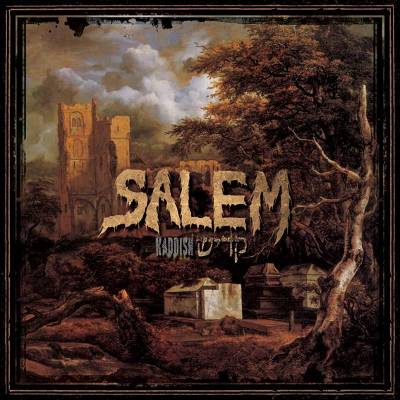 The front cover of the upcoming reissue of "Kaddish", the cult 1994 album from Israeli death metal pioneers Salem, has been unveiled. Due next week via Raven Music, the CD's cover art and design was handled by the band's guitarist, Nir Gutraiman. The effort was remastered by UE Nastasi at Sterling Sound in New York City.
Originally released through Germany's Morbid Records and was distributed worldwide via SPV, "Kaddish" represents SALEM's personal dirge for the victims of the Holocaust during World War II.


Guns N' Roses guitarist Ron "Bumblefoot" Thal will be a special guest at Salem's May 6, 2011 concert at Reading 3 in Tel Aviv, Israel. The event will commemorate the re-release of Salem's cult 1994 album "Kaddish" (originally released by Germany's Morbid Records), an LP which represents the band's personal dirge for the victims of the Holocaust during World War II.


The producer of the event, Yishai Swearts of Raven Music, stated: