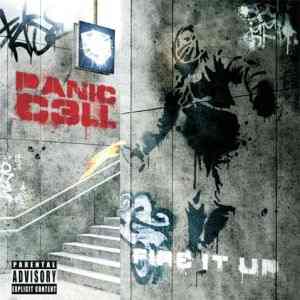 When I get the chance to listen to a band like Panic Cell, I always have the same question; On the one hand, what would happened if they were doing their thing back in the 90's alongside Pantera and Machine Head? How far would they have gone? On the other hand, without the aforementioned bands, acts like Panic Cell would never exist.

If you are wondering about this band or this album, then let me go of all your hesitations. It's a great album and a fine band. Those guys from the U.K have done a great job putting all of their influences into a well deserved mix that can be generally defined as power/speed metal. I'm saying because there is a lot more in this album. You've got some old thrash metal and some early 2000 death metal, but overall it seems fair to say that Panic Cell is s quick mix OF the 90's power/groove metal bands. Like most American the album has a "blow out your speakers" production. Every instrument is bigger than life, in your car speakers, at home an also in my old portable CD player (yes, I still have one!).

I wont go over the songs because I’d rather leave the fun for the listeners in this case. Words are never better than hearing something with your own ears. I’ll just wrap it up and say: go and get it, its probably not at the corner store, but I'm sure you can easily find a copy for yourself.