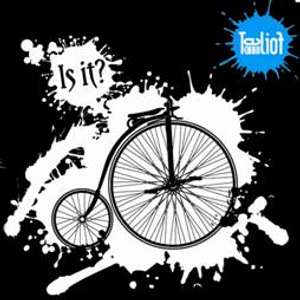 What started as a whim for finding an available URL, earned in a relatively short period of time the status of a discovery praised by those who can tell you a thing (or two) about music. Teliof aren't just a bizarre name choice wrapping a progressive-rock act with pop-ish edges, they're actually a slowly growing phenomena.
Why phenomena? Well, just ask anyone who's heard 'em or seen their packed live shows. These locals (Israelis, mostly) are not gonna stay local for long.

"Is It?", as a pretty balanced debut, serves as a tribute to all the great progressive rock artists that have been long gone from the world we live in. If any of these names ring a big divine bell, please do yourself a favor and grab the album; Yes, Genesis, Jethro Tull, Camel, Gentle Giant…you name it, it's there right from the graceful bass-lead British finesse of opener "They Believe We Exist", which displays interesting melodies right from this baby's first steps, to the harmonious "Die For Us" where the vocalist Kristine Sykes does well (although she's not trained as one) while a choir haunts in the back.

Most of Teliof's work is a sort of work-in-the-shadow-of, causing a great deal of name dropping. Even the likes of Magma come to mind, only without the madness and gibberish, so there is altogether much respect to the past quite unavoidably in such a genre. This manifests also with the guest appearances (Shir Deutch from Solstice Coil, Gil Idan from Eggroll, various members from Atomic etc.) enriching the experience and making it feel even more epic.

As in any progressive album, "Is It?" has a center piece answering the question with "It Is". Starting as on off-beat jam session, it is certainly varied and the band doesn't just shoot around a musical machine-gun with genres for bullets waiting for a hit but rather miraculously incorporated them well coherently.
"It Is" has it all – some drama heaviness, needed humor lightness, fairy dusted fantasy, helpful sex appeal, straight on realism, but mostly importantly – it's a fun listen; just like in the old days it has a beginning, middle and end. My only bone to pick with it is the Funky bit (part 7) which is off place, and goes into progressive-metal territory armed with castrated distortion alone. However, immaculate sound, reprises and melodies revised all create a rather well-spun web by the five-headed spider Teliof.

The bicycle trip of is it doesn’t end it the centerpiece, but rather take a flowery turn in "Piece Of Cake", another to a friendly ally in "Flirting With Hope", a slow one to the mellow "Five To Dusk" and finished with notes of classical in "Candy Rehab" leading to no other than a jazzy finish. "Pull up the chairs and sweep the floor, honey, it's closing time".

All in all, "Is it?" is very colorful, but like anything colorful this wouldn't necessarily meet every taste. Too much color can sometimes be overwhelming.
My only concern is that Teliof would somehow fall between the ranks, and not meet prog-rock lovers' taste for they aren't complex, technical or polished enough nor would meet the more pop/rock loving' tastes for they come off as too unfocused, too "happy" and festive and are rarely catchy enough to provide a hit here.
If there is a middle ground, Teliof not only walk on it, but do flips & somersaults from side to side on it. Whoever's up for that is welcome.