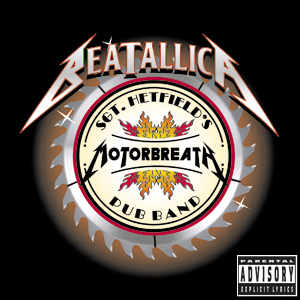 Let's be honest about this album, it's almost impossible to write anything serious about a band whose sole purpose existence is to combine Beatles and Metallica songs in the most preposterous fashion imaginable, mostly for (well-earned) laughs.

I'll start with the minus in this release, not all songs are of even quality, some of the combination work extremely well, and just brim with a wicked sense of humor and musical capability, tracks such as Helvester Of Skelter are just plain brilliant since they use musical elements from both songs. Another great example is Leper Madonna, and Sandman, songs that show just much ingenuity and writing skill can make this good, not just funny.
The parts that are less impressive are the ones that just come off as Metallica jokingly covering Beatles songs, such as the opener title track, or Blackened The U.S.S.R, a brilliantly named track who's musician content doesn’t live up to it's hilarious name.

Musically these guys are pretty impressive, good musicianship, some really good guitar work in there and fine lead work, had they been making original, serious metal, I bet it would have been very good. As it is, this is played more for laughs, but still manages to generate some serious head banging in certain points.
The solid sound is another plus, but what really makes this a fun album to listen to, apart from the obvious for Metallica and Beatles fans, is that it sounds like these guys had fun making it, and that's something you can't fake.

So, if you're into some light-headed yet extremely entertaining metal, which still manages to rock, you're in for a treat, looking for more serious metal? just wait for the next Metallica release and hope it doesn’t such as bad as the last one.