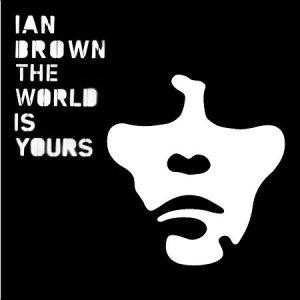 Ian Brown - The world is yours - [Polydor Records]

Ian Brown, who'll always be recognized as the "Stone Roses" lead singer even though his solo career is longer and more interesting, returns with new album telling us that this world is actually ours. During the album, he also finds the time to rephrase famous zen qutes, books of self improvement and maybe some of Paulo Coelho philosophy.

Three years have passed since the album "Solarized" was released. Still, Brown looks like the man Oasis will always try to look like, and arrogant like he was for his entire career, with and without the "Stone Roses" band.

"this world is yours" artwork caught my eyes for a few minuets. Ian Browns portrait in black and white contrasts and the elegant title set on the side. Looks like a winning pattern for making this a classic album, the kind of albums you wish you had in its vinyl form. But from all the over familiar sentences mentioned on the album, "don't judge a book by it's cover" could've been the most punctual phrase yet.

Disclaiming Brown lyrics as important, or banal, would be to discharge him from one of his greatest virtues. Along the years, Brown has armed himself with charged lyrics about politics, social situation, and the all the world wrongs. The new album is also filled with his protestations. though this time, they are much to righteous, over used, and mostly feels like the slogans you can find under the "you can be successful as well!" DVD title.

"Illegal attacks", the closing track, except from dragging Sinead O'conner from the 90's , is also a big furious political anti war song. In this track he attacks the United states and Israel's war approach. His message here is sharp and angry, though sedated by the bombastic over clichéd lyrics that sometimes deprive you from taking the song to seriously. Though the message is important – claiming the all the wars that happening are the result of greediness, ethno- centric approach and class differences. 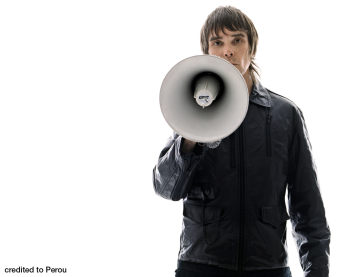 Brown. eventuall preaching about nothing.
On the other hand, this is probably the most interesting track on the album (mostly for Sinead vocal that variants Ians). Musically, this album sounds like a one long, not so developing, track. The space electro bits that Brown started experimenting with in previous albums become more of a burden on his music, making all tracks to sound very similar and exhausting. Every now and then an inch of a genuine idea comes by, tracking your interest, but it fleas right away.
There's no doubt that Ian Brown's back catalog has some very impressive releases and counts as a good quality artist, but this album, won't be the justification for it.