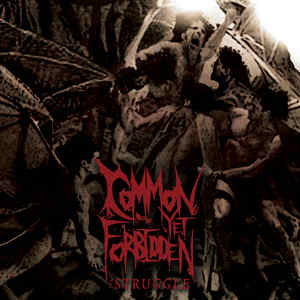 This American band, hailing from Florida no less, is a fine example of how modern extreme metal can sound, maintaining sophistication and a high technical attitude while not being masturbatory or just plain confused.

While they might be described as Mathcore, I would paint them more as a highly technical death metal band instead, they share some similarities with bands such as Despised Icon and Ion Dissonance, but as a whole, they're much better. They can actually create a song, and not just a combination of perfectly played parts, and that's where they differ from the growing amount of technically proficient extreme metal bands.

One thing about this band too, you can't really differentiate one song from the other in accurate terms, they all share the same genre, same attitude and same technical attributes, all I can say is that none of the tracks on this album sounds out of place, or weaker than the rest, each one contains it's fair share of excellent riffs and awe-inspiring drumming. The band's vocalist is another refreshing motif in this kind of metal, he moves effortlessly from high screams to lower-pitched deep growls, and comes off brutal as hell, another departure from the mostly annoying vocalists in mathcore bands.

Another thumbs up goes to the production, it's the right sound for the band, not overly flashy or sharp, it feel dynamic and yet clear enough for all the instruments to shine through the mix. And there are quite a lot of riffs and rhythms you would not want to miss here, these guys can play.

The band is clearly a deeply religious one, but unlike many similar outfits, they're not as obtuse about it, the lyrics are well written enough as to not annoy the less-religious listener, such as I. one thing I appreciate is bands not shoving their personal beliefs down my throat, as strongly as they feel about them, non-religious types should not be banned from enjoying a good metal album because of some preachy lyrics a band insists on attaching to it's music.

So, anyone even remotely into such complex and technical metal should check these guys out, cerebral and impressive are two words most fitting to describe this one.