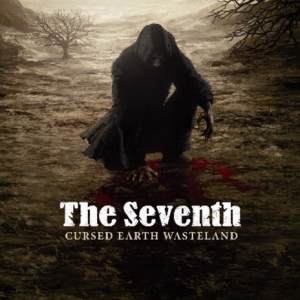 Belgium's The Seventh have created here what is ultimately a satisfying melodic death album, with some solid musicianship, strong riffs and a tight sound, but it still has a few mishaps that make it fall short of being perfect.

Starting out in 1998, it took the band some time, and several line-up changes to get to this, their debut album, but the amount of experience they have is well evident in some of the songs. From the atmospheric acoustic intro it leads up to the aggressive and pretty depressive "Structure". The sound, mastered by the famed Tue Madsen is clear and crunchy, while not typical of his more polished one, here is still meaty and pretty raw.

The problems I have with the release start out from the second track, although they have some good riffs here, it also feels like their just throwing them around aimlessly at times, making the song come off as over crowded and not completely clear.

Still, in a track such as the fifth, "Dominion", the band manages to pull their strength together, and it ends up as a rather aggressive, and well crafted piece. If only the same would hold for the length of the release, this would have been flawless.

Still another addition to the growing roster of extreme metal band from Belgium, I feel the band's next release should make use of their strengths in a somewhat more focused manner.