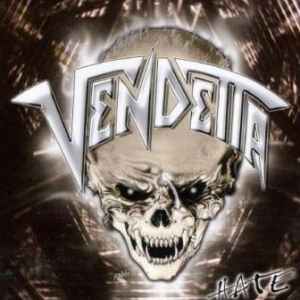 Man, it seems that just about every thrash band that disappeared after the 80's is re-uniting lately. Don’t get me wrong, that's a good thing, but it seems that very few of these bands actually make something that is worthwhile.

Now Vendetta, although not one of the big three in German thrash (Sodom/ Kreator/ Destruction) released two classic thrash albums in the 80's, which featured some raw, but very well played metal indeed. I owned an LP of the first album, and lately also managed to put my hands on a re-released version of their second album – Brain Damage, needless to say, I was surprised to see the band has actually recently released a completely new album.

Now, the truth is that this isn’t exactly the same band…the line up is almost completely different, which makes this not very similar to the band's old releases, still, it seems these guys pulled it off, and managed to create what is basically a hard-hitting, fast and most importantly – old school thrash release.

From the aggressive thrasher that opens the proceedings; the band doesn’t let off, one violent cut after the other. The album is very well produced, that combined with the band's very proficient technical ability makes this a winner in my book. One of the strongest tracks here is the title track, which opens after quite a long intro.

The main thing that makes this work is the riffs of course, the basis for every thrash album, and here they all work great. Combine that with a great drummer, quite an imaginative bass playing that really shines throughout the release, and a solid thrash vocalist with a clear and aggressive pronunciation, and you get what is a grade A thrash album.

I'll be the first to admit this is very different from the band's older material, the material is quite more aggressive, a bit more modern sounding, but it still emerges as old school thrash, well produced and well played that is certainly worth a listen for all you thrash aficionados out there. It's good to have these guys back.