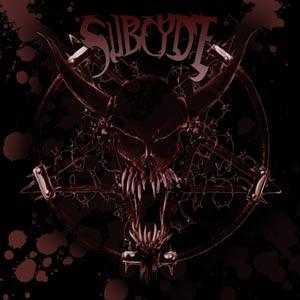 Sweden's Subcyde play what might be described as neo-thrash metal, meaning thrash riff, but very aggressive, with harsh-vocals, and almost death metal-like brutality. Another thing that the band brings in is some hardcore/metalcore influences, evident in the tuned-down guitars, plentiful breakdowns and semi-core vocals.

Technically these guys kicks ass, aggressive and smart riffing is all over the album, with the first track – Knives In The Dark and the third one – Power Smash being on top of the heap. Both the drummer and guitarist deserve a special mention, as they both really bring in a sense of aggressive over-the-top approach that makes this one mean piece of metal.

I did have a few problems with the album, first- there are no dynamics or different colors to the band's music, this is just speed and aggression all the way, and it does tend to become too much after a few tracks. The harsh vocals don’t really change all that much, and though they are pretty impressive as a whole, they still need a bit more diversity. Same goes for the songs themselves, fine riffing, technical prowess all over, but very little change in tempo or feel, and that may turn off some people.

Something that does help in the melody department is the guitar leads, besides writing some solid riffs, the guy spews forth some mean melodic leads, with plenty of Wah-wah in most, these tend to add some content to the tracks besides just aggression, still, they probably need more of that in most of the album.

Not a thrash album for old-school fans, and certainly too aggressive for more melodic oriented ones, this is one aggressive piece of metal for the more hardened listeners out there. With some added dynamics these guys may yet produce a classic, but it's still a pretty good album as it is.