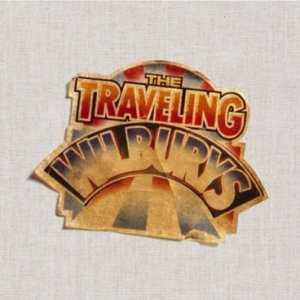 Not many of the "reissued" and "remastered" albums released these days are justified.
Among the justified ones you can find the two-CD set of Sonic Youth's masterpiece "Daydream Nation", or the almost reborn version of The Doors' albums. But on of my favorites and the one I will claim to be the most important one to date, is "The Traveling Wilburys" albums in one box set.

After about a decade of absence from the retail stores, the band's two studio albums are re-released in a special collection set of the two albums (carrying two bonus tracks each), a DVD with a short documentary and varied music videos. Adding to it there's a nice booklet with "The true story of the traveling wilburys".

The traveling wilburys was the band name for five artists whose face on the cover itself created expectations so big that answering them was made almost impossible.
The quiet Beatle George Harrison, the legendary Roy Orbinson, "heartbreaker" Tom Petty, the eternal troubadour Bob Dylan, and Jeff Lyn – the Electric Light Orchestra man.

Even though the friendship between the five goes way back, it was a B-side George Harrison recorded for a song of his that first crafted the Traveling wilburys. They wrote the instant classic "Handle with care" and build it up into an album.

The first album, simply called "Vol.1", showed a natural and fluent connection between 3 generations of rock legends already leaving their mark on the music world, only now they do so together.
It's hard to remain in apathy to tracks like "End of the line", "Handle with care" and "Last night". They all present a balance between good blues oriented rock tracks with the romantic lyrical style of more virginal rock. In the late 80's, when sex was a word everybody enjoyed saying for the sake of its tabooness, the Wilburys stuck with the "innocent" phrases taken from cars and lifestyle magazines.

A short while after the first album was released, Roy Orbinson died from a heart attack. Two years later, the remaining Wilburys released their second album, titled "Vol 3". It had its success with hits like "Wilbury twist" but never made it up to the standards the first album set. Orbinson's presence is missed. The Wilburys never forget him and placed an empty guitar and a picture for his memorial in the music video for "End of the line".

Even though both albums were critically acclaimed, it was the first album that actually achieved the status of a masterpiece. As George Harrison once mentioned in an interview: "maybe it was a full moon or something".
The project, even though it was always known as George's baby, was a group effort and it is easy to spot who gave what and where. Dylan, as always, contributes edge sharp lyrics, among with his great narrating talent. Orbinson proves that he still has one of the greatest voices in pop history with the track "Mot alone anymore". Every time one of the gang took the lead the others back up him as if it was only natural for them to be his back up band while remaining unique.

The Wilburys reissue enhances the magic that originally poured out so naturally from their music. The DVD gives a glimpse into the creating process of five of the most interesting of pop rock music of that era and leaves you longing for more and more. A quick peep into a friendship that gave birth to one of the 80's greatest albums. Inspiring and deprived of Ego. Nothing but pure talent.