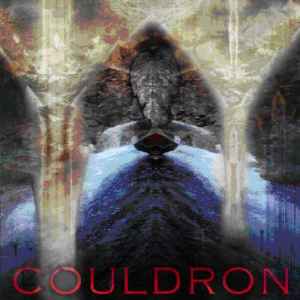 Chicago's Couldron would certainly appeal to fans of Isis and Neurosis, but it's not exactly any of the two, there's the same kind of smudginess to the music, a feeling of dirty guitar riffs with strong shouted vocals, but they seem to have developed an identity of their own.

"Dune" has all the right trademarks of the band's music, the sludgy riffs in with almost jam-like drumming, the sound isn’t bad, needs a bit of rounding up at the edges but it fits the music quite well. "Before The Gods" has somewhat of a Sabbath feel to it, clean guitars with the same jazzy drumming, its quite a nice touch, makes the music sound quite airy and loose, the contradictory sludge riffing with the screamed vocals reminded me of Mastodon at times. The melodic edge to the vocals also works well here.

Some tracks, such as "The Well", are harder to swallow, again, a combination of clean guitars with some solid bass lines, but when the distortions kick in it’s a bit too much too take in, there's a definite beauty in it, but you need to work it out off a wall of guitars.
Quite unique, and pretty challenging, this band seems to have where to grow to, this is pretty impressive for a 6 track self released effort.