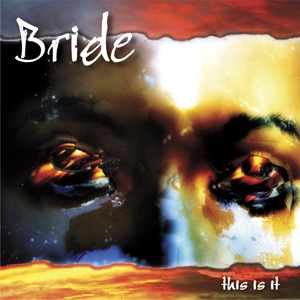 Bride - This Is It - [Retroactive Records]

There's nothing exactly like old fashioned American Hard Rock; When it's done well, it's one of best things in music, and Bride certainly do it well, and with a slightly better sound this release would have been a real classic hard rocker, as it is, it's still a pretty damn good release.

There are a few musts when making such an album, the vocals are a first, the guy has to be able to sing, he has to have some grit in his voice, and he has to have an attitude, and Bride's Dale Thompson has a lot of all three, his delivery in the opener "Throw It All Away" just holds the song together. All the other band members can sure handle their stuff as well, good guitar work and a solid rhythm section. "To The Sky" is a hard rocker with dirt in its teeth, fans of Guns N' Roses will rejoice upon hearing this.

There are some heavier moments, the opening riff to "More Than Human" kicks ass, while the riff in "Best I Expect To Do" is heavy rock N' Roll, but basically the band does the same all over the album, they rock, rock hard, and nothing more.

I expect this re-mastered version of the band's original from 2003 sounds a lot better, but its still quite raw, I have to say a new, better produced album will certainly sound much better, and the cover to the album is bad, not exactly the most eye pleasing piece of artwork I've seen, but it’s the content that matters, and Bride have a winner in that.