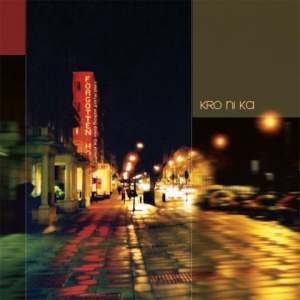 Czech prog rock/metal outfit Forgotten Silence have certainly taken their prog into its utmost extent here, just three tracks clocking at about 18 minute each, taking prog and complexity to its natural extreme.

The band sets its sights mostly on atmosphere and complexity, while all compositions are based on the instruments exchanging ideas in an almost jam environment, there's a lot of feel and a dark atmospheric tone streaming throughout the music. There's no denying the band members' musicianship, while guitar solos are almost non- existent, its mostly bass-keyboards-drum oriented, with all three doing amazing turns and the guitar mostly centered around jazz-like riffs with several heavier segments, with the bass taking center point, easily some of the most impressive bass playing I've heard of late.

One thing I certainly liked about the release is its strong 70's prog feeling, this isn’t modern prog-metal a-la Dream Theater, this is closer to early Genesis, with some heavier elements and more jazz, some of the bass-drum sections feel like fusion. Another high mark to the mostly Hammond-sounding keyboards work, it would have made Tony Banks proud. There are no discernible vocals; by the way, these are based on whispers and soft voices that speak out the album's concept of urban loneliness.

I cannot fault this one's clear quality as a prog album, this should satisfy even the most hardened prog rock fans, but it may be less digestible to those expecting more contemporary prog metal, as I said, this isn’t Dream Theater or Pain Of Salvation, expect no easily listening from these guys.