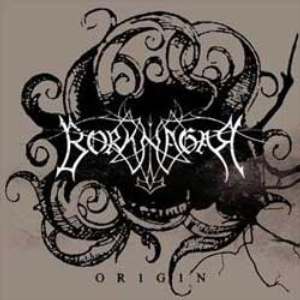 I know that Borknagar guitarist Øystein G. Brun and vocalist Vintersorg are supposed geniuses, and both have more projects than I have hairs on my back, but this time, I think they went just a little bit too far.

Black metal gone Opeth is probably the best description for the band's latest, an acoustic folk album that forgoes black metal for acoustic guitars and folk instruments with soft melodic vocals by Vintersorg, it may sound well enough for folk fans, but me? I was bored out of my mind.

There's no denying the talent involved, but it just sounds wrong, I hate Opeth's acoustic foray into boredom, and I feel the same about this, only this makes even less sense than Opeth's version. I mean, just listen to the strong bass performance in "Oceans Rise", its just wrong, it plays like good metal musicians lost on a folk album.
A small redeeming feature is the classical arrangement on "White" but it's too little, too late.

Borknagar's next piece will probably be another crushing black metal album, but if they turn into classical arrangements of their known songs or something, I'm off the band for good…