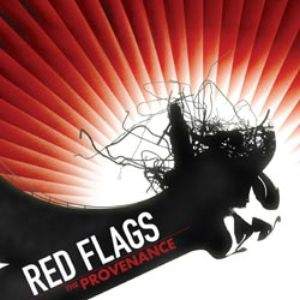 This Swedish band's fourth album is a strange beast indeed. It’s the band's fourth, but the first I heard, and it's quite difficult to put a certain musical label on it.

I guess this should appeal to Anathema fans, Novembre as well, it’s a bleak and depressive piece of work, combing modern sounding tuned-down guitars with effect-heavy sounds, combining strong female vocals with capable male ones, and sometimes this works well, in other instances it's just a bit overly confusing.

The first two tracks are lost among the band's "throw-it-all-in" attitude that's leaving the songs clattered, it's on the third track – "Thanks To You" when things finally click, a combination of highly energetic drumming with a strong vocal performance by both the male and female crooners. The added orchestral elements complement this track perfectly.

Sadly the band seems to have its mind set into more rock and maybe mainstream appeal, tracks such "Second And Last But Not Always" fail because they try too much, the depression is there, but it feels as if it tries too hard; there's talent here, but its still feels too intentional, the fact that the song is also the band's first single off the album speaks volumes. I can't deny the way some tracks work, "Reveling Masses" adds nothing new to the mix, but there's no denying its quality.

All in all, it’s a worthy addition to the Peaceville roster, but I wish the band would add more diversity, and feel less crowd-friendly in certain points, because these are the things that weaken this album. There are some great songs, the vocals are fantastic most of the time, but there's a bit too much in here, and most of the songs sound the same, like one long track divided into pieces