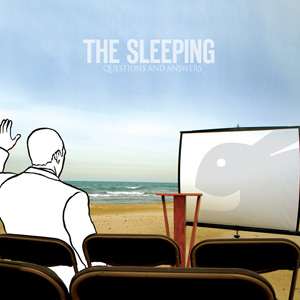 Every fiber of my being told me that I must hate this album, Long Island's The Sleeping's sophomore release, a combination of emo vocals with screamo, prog rhythm changes and post-hardcore guitars. This has everything I hate in current American music, the sometimes nasal emo vocals, the catchy choruses, and way too many smart-ass musical ideas for the band's own good. I really wanted to hate this, but I just couldn’t.

The fact is that The Sleeping's music works, it grows on you, sometimes very quickly, such as in the opener – "Don’t Hold Back", an MTV rock anthem if there ever was one, and sometimes it's more complicated and you have to respect the band's musical ability, as in track "The Climb", these guys can play, with a special emphasis on the bass, mind you.

They brought to mind such bands as Taking Back Sunday, but one band they really reminded me off with their brand of prog-emo, is Emery, another bands that I wanted to dislike but found myself enjoying. It’s the little bits mostly, such as the jazzy mid-section in "Loud & Clear", that song is one of the lesser on the album, but its that mid-section that saves it.

Even the teenage angst ballad "The Big Breakdown-Day 3" worked pretty good, the vocals reminded me a bit too much of The Cure's Robert Smith, but its all the little touches the band infuses that make this work, and the anthem-like mid break even improves it further, with the chorus vocals being a nice addition.

Emo should be put to death, but with bands like this there may be hope for several of its better representatives.