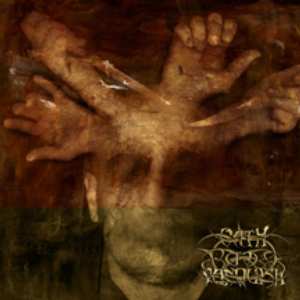 I know that Israel and Lebanon are not exactly on speaking terms right now, but as an Israeli music journalist listening to this Lebanese grind band I have to say, we need to have peace, even just to have these guys come over for a show in Tel Aviv, because they will tear the venue a new A-hole.

"Applied Schizophrenic Science" is one of the best extreme metal releases I've listened to this year, this is grind with a vengeance, well played, well produced, and constantly hammering its point home, that point being unflinching brutality. I couldn’t miss some similarities with Israel's own grind merchants, WhoreXcore, I guess metal really has no boundaries.

One thing I liked about the album, despite being a grind album with some of the most brutal drumming I've heard, there's a method to their madness, this is not 30 tracks lasting about 30 second each, these are actually songs, with riffs and an interesting use of different growled and screamed vocals, a-la Cannibal Corpse, and the use of clean guitars for atmosphere ("Funeral In F Sharp"), and interesting bass lines (in "Dearly Beheaded", grind part in "Funeral") adds yet another facet to the band.

Some tracks have a real Morbid Angel theme, such as "Toxic Bowel Maneuver", a distinct Morbid' riff opens the track, and the band spices that up with frequent, mad blast-beats. These guys even use some orchestral bits, "Sorrow in Adornment" starts off like a COF song before they rip the track apart.

Wars and bloodshed aside, it seems our neighbors have some great metal bands there, and Oath To Vanquish is probably their most extreme.