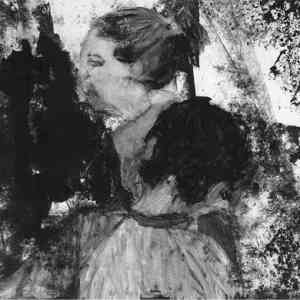 Lietterschpich - Quasi - [Something On The Road]

Litterschpich is an Israeli noise supergroup. Having said that, I can now start my attempt to describe the 20 or so minute EP “Quasi”; well, it consists of three tracks and can be roughly described as a hybrid of noise, power electronics and drone with closeness to Whitehouse, Wolf Eyes and even Khanate.

“You tried to poison me, brother” is so uncomfortable/ uncompromising with its squeals, drones and screams; it’s as organic as DIY noise, actually sounds independent and made in dark rooms with many electronic devices/appliances involved in the making, accompanied by heavily effected voices which truly make one of those bad acid trips.
The second track is a surprise, a cover to the Pixies’ classic “Monkey gone to heaven”; I never imagined the pixies would sound so much like Khanate… at first I didn’t even recognize it as even remotely close to the original (since I didn’t look at the Tracklist) but once I saw that it is a cover I started to recognize a bit of familiar lyrics and melody, so I guess its one of those things that you don’t notice until you’re given a hint.
Bizarre voices and a more solid drum beat make “Vagary” more accessible (if accessible can even be used regarding noise in general or this track in person) so it actually closes this EP in a bizarringly good manner, in a way that makes it seem like this EP is a seizure which ended just as suddenly as it started.

Litterschpich have become known for their frantic improvisations and mind-blowing video art on shows, and here they prove that they can do it in recorded material as well. This one is for those of you who listen to (and probably make) noise, definitely not for the average Joe.