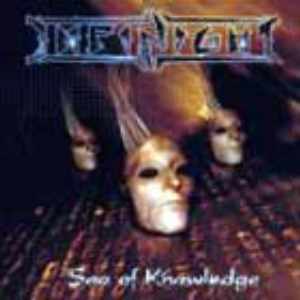 Germany's Infinight continue the German tradition of creating powerful thrash, while combining it with harsh, yet melodic vocals, infusing this with a kind of a modern crunch to the guitars that might bring to mind such contemporary acts as Nevermore.

The album, the band's debut, benefits from quite a good sound, not as clear cut as the one done for Nevermore by Andy Sneap, but quite good for an unsigned band, the album starts off on a strong note with “The Swarm”, a combination of thrash riffs with vocalist Martin Klein's strong voice, he has a clear melodic undertone but still sounds aggressive as hell.

“The Downward Spiral” has a speed metal beginning, some fine lead work and good harmony lines, the singing works well and the chorus is quite melodic, even reminiscent of some power metal bands out there.

The title track is one of the album's strongest cuts, fast, double bass drumming with a good riff, there's a short clean guitar segment that sends this a bit into prog metal territory, its all quite professionally made, again, very reminiscent of Nevermore.

All in all, its quite a mature effort by a relatively unknown band, they certainly know how to use their instruments and sound quite original, although some clear influences are evident in their music, in any case, they have place to grow, but its still worth a listen.