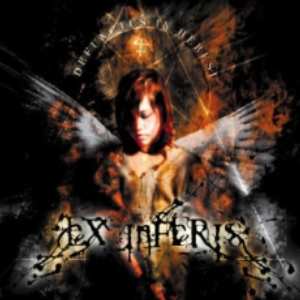 All right, this is about as hard to swallow as they get. This Belgian band creates a combination of almost every known extreme metal genre known to man, they perform it with extreme precision, brutal energy, and a really tight sound, but how much of it you can take – that's up to you.

This is the band's first full length album, but it contains enough ideas and riffs for three full albums, it actually gets to the point where you ask yourself: "how much more do they have??" well, they have plenty.

Starting off with the obligatory intro, the band marches into a fine combination of death metal riffing with some black metal elements, they have a truly talented drummer, who also performs deep, brutal death-like growls, combined with the other vocalist's screamier, almost metalcore shouts, as I said, they enjoy a really tight sound that makes everything sound well rounded and clear, but the fact is they through so much at you that some people may be thrown off by the lack of any melodies or visible breathers.

“Adonai” starts off with what sounds like a black metal track, then goes into heavy, brutal death territory, some blast beats, and the vocals move from the shouted ones to the deep guttural growls, again, aggression is the name of the game.
“Selfmadegod” is technical death metal, impressive guitar work and some finely crafted riffs, “Stabbed By The Cross” is not only named in a similar fashion to a Deicide track, it also sounds quite similar, the drum rhythm has a bit of a hardcore vibe to it.

“Chants From The Beyond” is an atmospheric segments, it leads into track ten – “Seek No Salvation”, which is back in brutal death metal territory.

It goes on, track after track of merciless onslaught, no quarter is given and the ears are pummeled senselessly, the band has the talent, they have the ability, but the question is, can you take it?