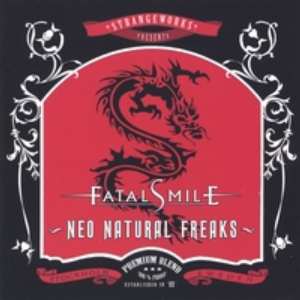 I said it before and I'll say it again, sometimes these Swedish bands make American music better than their American counterparts…
Although former in 1995, the band's debut came as late as 2002 in the form of "Beyond Reality", produced by Jonas Ostman, who repeats his work here, backed up by mixer Stefan Glaumann. I have to give extra pointers for their work here, top notch quality sound, there's a definite crunch to the guitars and the album comes off as a wall of sound not to be fucked with.

Kicking off with the title song it's quite clear we're in American hard rock-metal land, a great vocal performance by H.B Anderson, who can be easily mistaken for an American vocalist. The lyrics to the song are, admittedly, silly as hell, but that's just part of the simple fun the band manages to create.

“Bleeding Kiss” has a more sophisticated structure, there's a strong Deep South tinge to the guitar riffs, almost stoner in nature, guitars are preformed admirably. It makes you think of holding a glass of bourbon on a warm summer day, quite funny when considering that the band probably recoded this in Sweden while snow was falling on the outside…
“Learn-Love-Hate” is the first single off the album, quite clear why; it's more catchy American hard rock in the same vein as the title track, but with heavier guitars during the chorus.

“Practice What You Preach” has a good swagger to it, Anderson's vocal performance is fantastic, and at times he reminded me of Jorn Lande's delivery; certain Whitesnake throatiness to his voice.

My one problem with the album is that is could’ve used a bit more variety, some more acoustic segments perhaps, the album blasts one heavy hitter after another with very little change of pace.

Throughout the album there's a good whiff of punk attitude, a drunken stupor that gives the band more of a bite, but its all rounded up by a strong professional after taste, Fatal Smile may not bring anything new into hard rock, but they sure perform their brand of it with class and power.