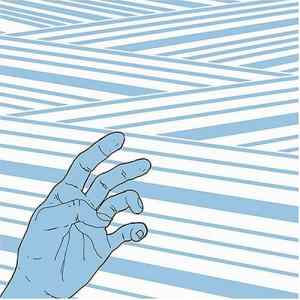 The first album following the band's debut EP revels in their technical prowess, so much so that at times I couldn’t help smiling and thinking –" They're going to pass out after a live set!".

The Kentucky four piece deals in a complex and psychotic combination of emo/crush-core with a level of sophistication and unique sound, especially in the guitar work, which reminded me of Duane Denison's output, only driven to aggressive extremes he wouldn’t have dreamt of..

The band tends to stretch the listener's limits with some feedback and intro parts, but then slam into their brilliant and technical barrage of well produced mayhem, the opener "An Insomniac's Complexion" twists and turns and breaks in such a way that you already know you'll have to listen to it at least ten times before all of it will sink in..

The album's sound is excellent, produced by Converge's Kurt Ballou, it has the right balance of crispness and dirt, coming off as clear yet extremely crowded, during the more hectic moments of "A Passing Glance" that's a definite blessing, that song has more riffs in it than some bands have in a whole album.

Some quirky moments here as well, the trumpet/guitar opener for "As Far As Goodbyes Go" sounds strange, yet not out of place, and the clean start of "Loose Lipped Error" also, as uncommon as such moments are here, the album is so jam-packed with ideas and directions, that anything can sound logical in it.

I really have to give another mention to the brilliant guitar work, the way it compliments the ferocious vocals and then goes into strange, imaginative segments just blew me away, as far as complex, Brainy albums go, this is one of my favorites.