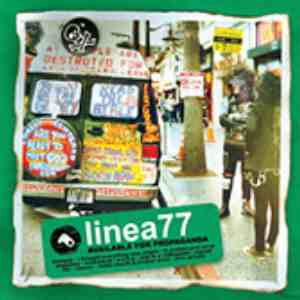 Linea 77 are an Italian self proclaimed "Happy Core" band, meaning they have some hard core elements, with some punk and punk rock, but they do not sound exactly like any other band that I know.

Following the band's huge success in their native country, where they are hailed as the Italy's biggest rock band, the band also embarked on larger, international tours, also earning them good acclaim from the critics.

Their latest release, out on the UK's Earache Records shows off just how big the band has become, produced in the same studio where such music stalwarts as Tool and Cyprus Hill, with Dave Dominguez (Adema, Papa Roach) in charge of the production.

That said, I can't really see what all the fuss is about.

To me the band sounded messy, lacking in real technical proficiency with their instruments, the vocals sounded confused and sometimes off tune, and some tracks, the opening two for instance, didn’t make any sense to me, a sludgy mix of different elements that didn’t sit well at all.

The third track is somewhat of a redeemer for them, sang in their native Italian, they certainly sound more assured and natural when not straining their English, and the melody is quite nice, not as all-over-the-place as the first two tracks.

Charon is a bearable English language track, also, not as messy, but nothing special.

All in all I really couldn’t find that element that turned them into such crowd and critic pleasers, if the Linea train keeps racing on, I'm happy enough left at the station.