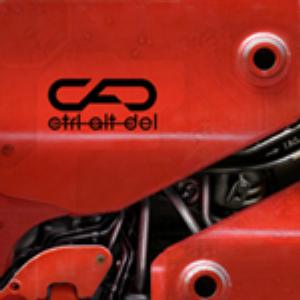 First thing that came to mind while listening to this album is that I am absolutely unable to define the genre that is used here, in the broadest sense, it’s a combination of some nu metal ideas with NIN influenced electronic bits and Tool guitars, with some trip hop thrown in for good measure. Now you get the idea why it's impossible to label this band.

Whatever it is, its good, well-rounded music, played with conviction and professionalism, the sound is crisp and clear, the playing is top notch, the bass guitar is outstanding, the vocals are a kind of a twist on Mike Patton's smother delivery, all in all, they certainly amaze with a much higher quality release that can be expected from an unknown, self produced album.

The album opens with Stepping Stone, one of the heavier moments on the album, where the grunge elements blend with heavier bits, the vocals soar during the chorus, and the track manages to sound avant-garde yet quite catchy.

Sound Machine has a few of the same elements, but its clear that this is no ordinary nu-metal album, the programming and electronic elements tend to make this softer track something that's hard to describe, its still easy to decipher its melody.

Accelerator is where the band really flies out there, some really strange moments here, with the smooth vocals making this feel a bit like good Irish whisky, soft and easily drank, but with this sense of flavor that makes you unaware that its potent alcohol you're consuming…

Revulsion shows the band's trip-hop sensibility, it's based on a weird, psyched out rhythm with the usual overwhelming bass work, those expecting nu metal or grunge will be left scratching their heads in amazement.

Manchild is one of the album's strongest cuts, starts with a sample of the Cohen Brothers film – Barton Fink, and goes on to sound like Faith No More gone mad, with the vocals doing a good Mike Patton vibe, great track.

Things fluctuate further with War Between Two Tribes and its funky bass line, and the heavier antics of Newer Age, both are captivating and interesting.

To sum up, a really surprising and challenging release, with undeniable quality, I would certainly be interested on hearing what else do they have up their sleeve.