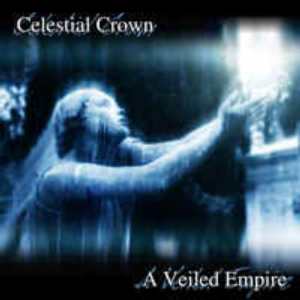 A very interesting release comes courtesy of this Estonian band, founded in '99, whose this is their third release, they create a somber infusion of doom and Goth metal, utilizing keyboards and both a female an a male vocalist.

The band has some great pluses, among them the great guitar work, somber keyboards lines, good sold male growl and fine sound, but they use some elements that need to be changed, such as the use of a drum machine, that although doesn’t hurt the album too much, and can be overlooked, still sounds like a drum machine, and it doesn’t carry the emotional punch of a heavy, resounding real drum kit.

Putting that aside, its truly amazing to behold such solid musicianship from a relatively unknown band, they bring to mind such bands as Katatonia and Anathema at times, while inserting a bit more Goth feel, similar perhaps, to Tristania.

The album opens with a dark, atmospheric keyboard intro before throwing in the great guitar riff that starts out the first song, and it’s a really good one, intertwining melodic guitar riffs, with a tragic feel to them, good growled vocals, it all ticks here.

My favorite track on the album, though, is the second song, Eclipsed My Hope, with its great melody line and good use of the female vocals, its heavy, yet dark and gothic in its vibe.

Some bits actually reminded me of stuff you might find in a Cradle Of Filth album, such as the opening of Deep Within with its spoken passages, again, a fine use of keyboards also elevates the track.

Another fine song is Stone Heart, it may be a bit heavy on the emotional scale, but that is the whole point of this album, an emotional rollercoaster, and it’s a good one.

I really hope these guys get signed soon, they're probably better than some of the signed bands I heard this year.