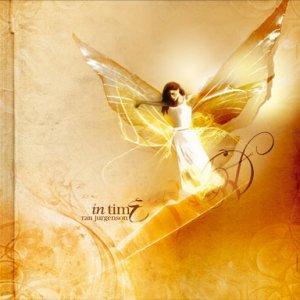 Ran Jurgenson, former Mr. drums for Israeli group "Infektzia" and "people" is releasing his debut solo album, which he worked on for about three years and was recorded mostly in his home studio, and recorded most instruments by himself, surprisingly this is hardly a drums album and much more of a keyboard album, I guess some rules were meant to be broken.

As I mentioned earlier, this is mostly a keys album as I see it, they are the one who kinda sets the mood, and should be taken notice of some beautiful piano riffs, alongside emotional arrangements, and some are simply unique to their bones, the metal side which I expected to hear the most if very much restrained and only seconds can be counted as heavy drumming.

Its style tends for electronic with some acoustic feelings and even a bit folk melodies here and there, lyrics are entirely in English, very emotional ones in my opinion and very touching in songs like "happy birthday to me" and a bit more dark lyrics in songs such as "let go", and "grey"

Ran has matured as an artist in many ways, there is a real growth between the drummer from "Infektzia" and the man who wrote this album, and it's all for the best if you ask me, a one of a kind album, you'll have to hear it to understand it.