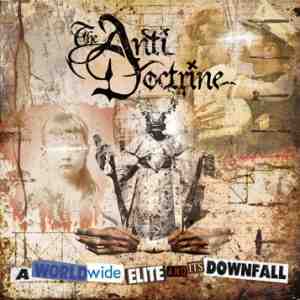 The best way to describe the band's music, is madness on disk.
The band concocted an insane combination of what might best be described as progressive metal core, with elements of Jazz and other things thrown in for good measure.
Fans of bands like The Dillinger Escape Plan will need to take heed, since the album delivers one crazy and complex track after the other, starting with A Last Analysis Before Breakdown, a short, deviously constructed track, that demonstrates mainly the band's technical finesse and well-structured complexity.
Second track, The Fraud Of Disco Culture starts off with a great riff, that has this funky feeling about him, also featuring great bass work and insane drumming.
The vocals are also varied, moving from shouted hard-core screams to clean melodic ones and harsher, aggressive melodic half-screams, they sit in well with the album.
You will definitely need quite a few listening session to take it all in, tracks like The Artificial Way Of Hate tend to break and twist every minute, and its sometimes hard to keep up where the band is going, they also feature some really aggressive stuff, such as the opening of track 7, a real NY hardcore riff that later breaks and changes.

The album would not fit everyone, signed by Germany's branch of Roadrunner records, it's quite easy to see why, and the band will certainly appeal to fans of both Dillinger and other out-there stuff like Mr. Bungle.