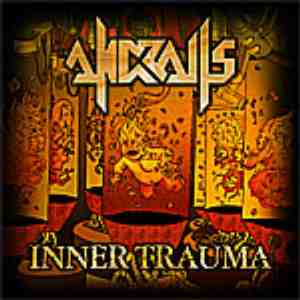 Andralls are a Brazilian band, who's this is their third studio album, they deal in old-school thrash metal, with some harsh vocals that bring to mind early Sepultura albums.
Musically, they take their queue more from such classic thrash bands as Heathen or Exodus, meaning, the good old bay area thrash scene of the late 80's, and what they do, they do real well.
From the opening notes of Unexpected, it is clear the band possesses a high degree of professionalism, belting out excellent guitars riffs, and using a fantastically talented drummer to create their 80's brand of thrash metal.
Fear Is My Ally is one of the more aggressive cuts on the album, faster and harsher then any melodic inclined thrash metal band, they create what they define as Fast Thrash, and its certainly that, drumming is hyper fast, with hardly a breathing space in between.
Such track as Down The Jokers and Hidden Enemies tend towards a mid-tempo assault, but still with the aggressive vibe that's all over this release.
Both guitarists are doing a stellar job, aided by a fine production job, the riffs are classic thrash ones, and the lead work is also impressive, injecting melody in the sometime truly aggressive mix of instruments.
Cover art and logo design serve the band well, doing a truly 80's representation, immediately catching the eye of any classic thrash enthusiast like myself.
I hope the band gets the recognition it deserves, it may spell the return of a great, lost side of metal music.