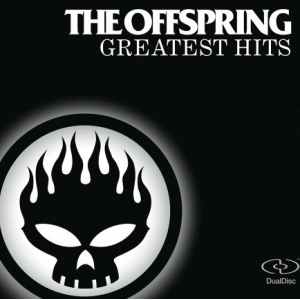 After seven albums, and millions of records sold, the offspring, which is one of the first punk rock bands to succeed in the pop industry, release their first greatest hits collection, which
Includes thirteen classics, one new soon-to-be hit song, and a remix of an older song (the kids aren't alright).

The collection has a full coverage of the band's popular history and has classics such as "come out and play", the excellent "gone away", the 98' hit single "pretty fly for a white guy" and so on.
The new song, titled, "Can't repeat", keeps on with their regular line of work, a short spot hitter that sounds like a potential hit as most of their songs.

The songs in the album are chronological in order, from earliest to the latest, so you can get an upper view of the bands progress throughout the years, which mostly gives you the chance to notice how their sound and production standards went higher and higher and their edginess and boldness were left out, that's not saying that their not any good, just made out from another state of mind and interest, so you get from cutting edge songs like "self esteem" to "pretty fly (for a white guy)".

The song selection for this compilation is great and is a good representation of the band's great career, the only thing missing in my opinion is the presence of their excellent debut album from 89, titled "the offspring", it was a shame to see that songs like "jennifet lost the war" are not included, could've given a wider perspective of the "there and then" of this wonderful punk rock band.