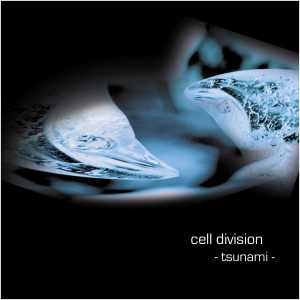 Am I the only one feeling that this is the worst time ever to name your album Tsunami?, just a remark of this apocalyptic feeling of this past few weeks, as I read in the paper about one of natures biggest disasters, and few minuets later I’m holding an album titled tsunami by cell division. I guess life is funny that way.

Tsunami, is the second album for the alternative band called Cell division, calmer then its previous one but still rock pretty hard, and I must add, debut album with new vocalist Gelgia C.

Listening to this album is like standing on a cliff inspecting the view ahead of mountains, and trees and blue skies, at first you are amazed from this great view that has been discovered in front of you eyes, but after awhile, you can only be aware of it’s looks but get tired of actually watching it.

First couple of songs, you are still exited about the great dynamics between the instrumental section to Gelgia wonderful vocal work, but after a while you start to get the point, and then you realize that you’ve already heard it before, in previous songs, and they start to sound to much alike.

I’m not saying that this band won’t rock at live performances, but in this album, they sound a bit restrained, formulated, and maybe with some kind of fear from turning more aggressive, which is too bad.

Interesting sounds and a few catchy melodies, but it seems that they need someone to refresh their compositions, but until then, they will do great as a bar band, but nothing more.

Hope to see them develop as much as they can, because then, they will be really great!