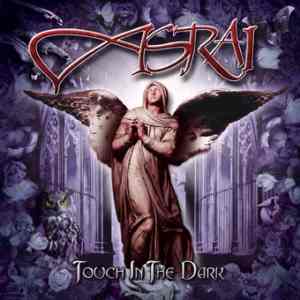 Asrai, is a group formed in the late 80’s and yet, they have now release only their second album. They are deeply effected by metal and gothic music, they are led by the female singer Margriet, so what makes them different from band like Epica or Nightwish? The answer is, A LOT!

First of all, it is important to mention that Asrai is a band who worked for a long time to make their signature sound and the final line up, and that is where they begin their journey into uniqueness.

Most the female vocalist metal groups are based on male musicians and a female singer, here on the other hand, the female category is more dominating then the guys.
The girls occupy the drums, keyboards and singing parts, and the guys occupy the guitar parts, (electric and bass).

Another quality that apart them from bands like Epica and Nightwish is that they do not try to make her voice stand out as in a operatic kind of way, she sings very much alike to evanescence and Lacuna Coil.

The album opens with light singing and atmospheric keyboards that give this mysterious feeling, when the guitar metal riffs comes in the worlds collide, between soothing atmospheric music and dominating raging guitars.

There are no hook riffs or to much virtuoso signs on this album, it’s mostly power chords with no solos.
It is important to mention the great work Margriets on the vocal (As she does lead and back vocals and easily manage to stay out of the routine female parts in most bands of this sort).

The vocals are very approachable and easygoing though sometimes it requires the operatic sound for the songs mood, but it directs to different styles and mostly easy to pass by.

Asrai doesn’t reinvent metal music, but on the other hand, they never attempt to, and it is hearable, they sound very united and pleased with their sound which is great.
It is easy to feel the unity in the band, and their special line up definitely adds to their uniqueness and affects the instrumental dominating sound and it’s all for the best.