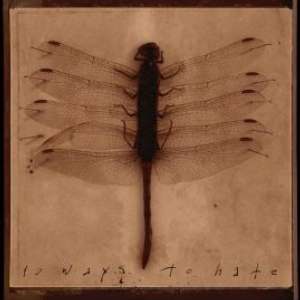 Crazed, psychotic demented … in other words pure hardcore by the book.
I'm quite convinced that one day the townsfolk of a little town named Arnhem
In the Netherlands woke up with a terrible headache and severe ear problems to find out that they have a fully professional nu-metal band at their backyard.
Dimension Seven (that are going to perform at the ozzfest 2002 by the way)
Definitely stand to the proportions of bands such as DefTones, System of a Down or Coal Chamber with the exception that P (the bassist) looks a bit better then Coal Chambers Rayna.

The debut album "10 ways to hate" was recorded at Oscar Holleman's
29 rs studios and was mixed and produced by him as well.
The album starts with the aggressive "No 1." that starts with a clean arabic guitar riff for about 15 seconds before they get bored of it and the mayhem starts.
Guitarist 474C44 is also adding psychotic voices on interesting intervals on the main line of singing by Joke at the chorus (through the rest of the CD he demonstrates a voice that would measure even to Korns Jonathan Davis)
Form the demented "No 1" "10 ways" quickly turns into a brutal display of power
(And I meant just that - the 2nd track "Fight!!Shoot!!Kill!!" that could have easily replaced "Fucking Hostile" as the song before "This Love" by Pantera).
I suspect that P is tuning her bass to drop b or so to get those deeps vibrating bass lines in "Festers Way!". Drummer Spooky is giving excellent rhythms and cymbals work, check out the what he's doing on the louder part of "Bitch in a Coma" (a song that combines brutal parts with a beautiful quite part - reminded me of System of a Down). And lets not forget the psychedelic "Click it" with extra voices by Remco from Lab Rat.