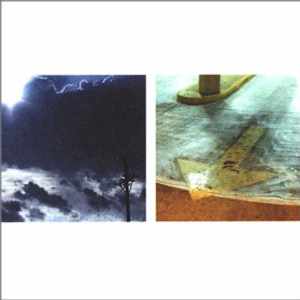 Fans of Alabama Haste, the technically proficient, guitar – driven hard core outfit hailing from the festering region of Birmingham/Alabama US. Will no doubt be blown away by the band’s third offering, the mercury lift. The band was formed in 1993 by Kelly Reaves, Jeff Gardner and Brandon Thrasher.

After two previous releases at Century Media Records pursuit in the face of consequence (1999) and When Reason Sleeps (2001), alongside tours whit such notable genre heavyweights as Boy Sets Fire , Glass jaw , Hopes fall, Shai Hulud and the all mighty Zao , in addition to monumental performances at the Furnace Festival ,Hell fest and the new England Metal fest. The Mercury Lift finally takes hold of what the band has hinted at in the past.

I think that fans both old and new will quickly see this album for what it is – a brilliant, emotional and captivating journey brought forth from the heart of a band.

On the Mercury lift, Haste does much to illuminate the darkened corners were aggressive music and thoughtful melodies conspire. The band’s vocal assault is combined with the low hardcore vocals by Kelly Reaves, and the thunderous screams (the rise, refused still) vocals by Chris Mosley which together form a spectrum of vocals.

On one end of the spectrum, songs like “Revenge Tastes like Blood and Broken Teeth” and “A God Reclaims His Thrown” (featuring Lamb of God vocalist D.Randall Blythe) assail the senses with thunderous screams that could raise the dead and make angels weep.

The band also brings to the plate several tracks that display their patented hardcore – influenced rock (“The Death of stars like the sun”, room one thirty four”) while finally, tracks like “Houdini Lost His Key” and the Rescued” (featuring code seven vocalist Jeff Jenkins) unleash the band’s melodic brilliance and inter-weaving sonic textures.

Haste creates cutting-edge rock that’s utterly brilliant not only in its composition, but in its delivery. For my self I can say that I loved the varicosity that proclaims all through out the album. Hear it for yourself with The Mercury Lift and experience a true musical fun.