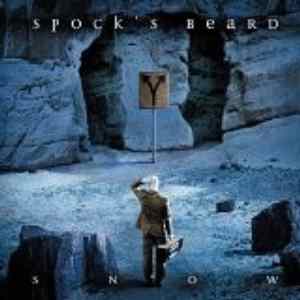 You think you know progressive rock? So did I. Spock's Beard has proved me dead wrong time after time, first with "The Light" in 95 and now with "Snow".
A word about one of the most outstanding progressive rock developers of this decade - Spock's Beard, who used to open for Dream Theater on the Metropolis 2000 tour, Had created themself quite a crowd through the last years and has now given that crowed what is considered to be the crown achievement of their career.

The story of "snow" skillfully unfolds before us on this double concept CD with the enchanting voices of singer Neal Morse (from TransAtlantic) and drummer Nick D'virgilio (quite a surprise on that one). The backing vocals are a model for perfection in vocals planing (check out "Devil's got my throat" and "wind at my back" reprise).
The band has also introduced several additional players on strings, brass and sax
That gives volume and depth to the peace together with bassist Dave Mero on french horn the result is quite avangard sometimes (specially "overture" and "4th of july" that reminds a bit of Magellan style)
But beyond the renaissance all of Spock's Beard elements are still there:
The catchy melodies and powerful programmatic instrumentals, Alan Morse's old school guitar sounds verses Ryo Okumoto space Synths , Moog and Hammond smashing work in combination with Dave Meros classic Rickenbacker bass an the tight precise drums and percussion work of D'virgilio gives the music a sound the could only be Spock's Beards.

If every decade or so comes a concept album to enter a hall fame of CDs such as The whos "Tommy" or Pink Floyds "The Wall", "Snow" should enter as the concept album of this decade.