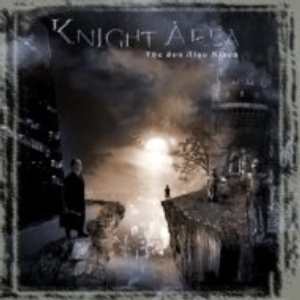 The seventies saw the blooming of a new and adventuress genre, the progressive rock, an area which took off with King Crimson’s first album in 1969, and continued for the better part of the decade, reaching its epitome with such artists as Yes, Genesis, and Gentle Giant.
Though the genre was mostly dominated by British artists, some other, major artists achieved recognition and fame, bands such the Dutch Focus, which arose in 1969, and reached almost star-like statues with the single Hocus Pocus, off their second album.
The Dutch’s tendency to such elaborate, complex music is evident in the works of Ayreon, though they lean more towards the metallic side of the progressive map.
Knight Area are a true progressive rock band, keeping their metallic moments limited to single, distant echoes of distorted guitars, the album is mostly just pure, complex progressive rock.
Benefiting from a solid line up of musicians, at the center of which is the multi talented Gerben Klazinga, who also wrote the material, they create a unique amalgam of progressive/art rock influences, drawing from early Genesis, Yes and Traffic, among others,
Fine vocals are the solid basis on which the complex arrangements are written, as customary in the genre, there are few short tracks, most of them around the 7,8 minute limit, and all of them contain the classic characteristics of the genre, highly professional keyboards and guitars, excellent bass-lines, multi textured, almost jazz like accords and maneuvers, all done with extreme precision.
The album cannot be taken in with a single session; it needs some time and patience that will definitely pay of to all you progressive rock fans out there.