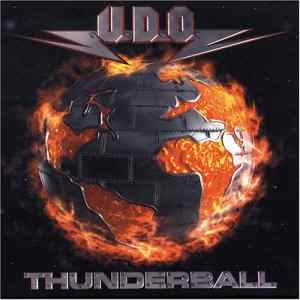 There’s no denying it, Udo Dirkschneider is “METAL” in German.
The man who put the “Scream” in screaming like a banshee continues to create heavy, sweat dripping German heavy metal, and there’s no other metal quite like it.
With this, their ninth studio effort, the band creates yet another fine slab of metal.
Opening with the furious Thunderball, the album starts with a high gear, nothing new here, just plain and simple metal by the book, Udo voice is as strong as ever, and the track is solid enough, Pull The Trigger is one two best tracks here, mid-tempo metal, great riff, and some excellent chorus which are bound to get stuck in your head for some time, The Land Of The Midnight Sun is an anthem-like slow tempo track, which reminded me of the classic They Want War, off Udo first album, Animal House.
The greatest surprise here, is the incredible Russian folk tribute, Trainride In Russia, which is actually partially sang in Russian (!!!), great Russian folk bit, and amazingly hilarious at times, it’s well known that the band has many Russian fans, and thus is sure to please them immensely.
Best track award goes to The Bullet And The Bomb, hard hitting metal, with one kick ass riff on top, great stuff.
Kudos for AFM Records for getting the band signed with them, I shall honor them by saying: PROST AFM!