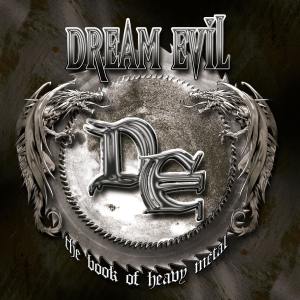 Dream Evil hit the scene some three years ago, and left the world of true metal reeling from the force of the blow.
Combining the talents of several top notch individuals, the band created hard-hitting, unapologetic heavy metal, done with utter professionalism, the guitar work of Gus (of Firewind fame, among others) and producer extraordinaire Fredrick Nordstrom, who, as we found out, is no pushover in the guitar department as well, also featuring the talents of former Merciful Fate/King Diamond skin-basher, Snowy Shaw.

This, their third album, is probably their best yet, the band took a bit of a different rout thus time, evident in the sound, a much rawer, live-sounding sound, it still retains the characteristics of any Nordstrom production, i.e. crystal clear drum sound, and crunchy guitars, but there’s a bit more dirt in there this time, and it works great.

Opening track is one of the best metal tracks I heard this year, grinding heavy metal, a vocal delivery to die for, the chorus introducing some guttural, almost death metal-like vocals interwoven with the typical clean ones.
Into the Moonlight is another fine track, a bit of an old-school feel to it, terrific guitars, The Sledge is another slick bit, quite a lot heavier, come to think of it, there’s almost every facet of heavy metal here, from almost thrash riffing to slower, mid-tempo hard rock oriented segments, and it all works terrifically.

My favorite? No doubt about it, the Ozzy track, you’ll know what I mean when you listen to No Way, a track which sounds like a B-side off Ozzy’s No Rest For The Wicked, Zack Wild riffing, and the greatest impersonation of eighties area Ozzy I ever heard…a winner.

The band has already taken the metal world by storm, and this album makes sure the world stays taken.