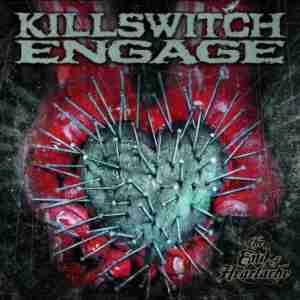 Killswitch Engage are one of the best metal bands in existence today.
Call them what though wilt, metal core, death metal, thrash, nu metal, the fact remains that they are excellent, and the rest doesn’t really matter.
This is the band’s third album, born out of the ashes of legendary hard core outfit, Overcast, their bassist, Mike D'Antonio, sought to combine the primal rawness of hard core with more metallic oriented melodies.
Their debut, a rather short effort, saw them signed by metal giants Roadrunner Records, rapidly becoming one of metal’s best, and most successful bands.
Following a change of vocalists (both excellent), the bands releases their third effort, being their most melodic, catchiest to date, not, heavens forbid, a pop oriented lollipop of a nu metal album, but rather a hard-hitting metal/thrash core album, with accentuated clean vocal parts, and more hooks than this year’s convention of captain hook impersonators...
Starting off with the hard hitting, yet tragic A Bid Farewell, the album hits you in the face and doesn’t let go, apart from the short fifth track which gives the listener a clean guitar intermezzo before roaring into the mighty “Breath Life”.
Track three, When Darkness Falls, has one of the band’s catchiest choruses, with some stand out vocal delivery, Rose Of Sharyn is an aggressive number, also the album’s first single, but my money’s on the title track, a sure bet for second single, it has the band’s best chorus to date, following their standard format of growled verses/clean choruses, a kick ass track if there ever was one.
Those dismissing the band as nu metal are wronging both the band and themselves, and anyone not stuck in the eighties will enjoy this masterpiece of a record.