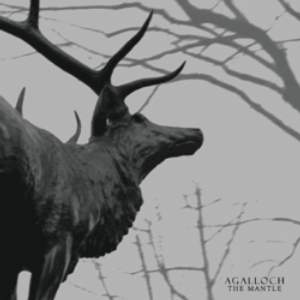 Agalloch - The Mantle - [The End Records]

Agalloch’s Debut album, “Pale Folklore”, had deservingly been one of the most acclaimed and appreciated of ’99, presenting a highly impressive, complete piece of sombre wintry art, an impious raging creation of an exasperated, deaperate cry at the face of our merciless world. Since than, the band released one MCD of covers/unreleased tracks, and here comes their highly expected second full length album.

The most noteable notion about “The Mantle”, In my opinion, is Agalloch’s spiritual and mental evolvement. As their debut release perfectly symbolized a grievious winter, their current release reveals a progression (not by the seasons’ chronological order, though), now brilliantly reflecting the feeling of a ponderous Autumn. Although the sadness and melancholy maintain their existence in the world of Agalloch, but yet, something has clearly changed. It seems that the bands members are in the midst of a certain maturing process; amongst theoriginal youngling frustration and rather abstract, simplistic feeling of melancholic anger, appears a more compromised, settled approach, in a way forcedly accepting the unbearbale situtation of human existance, making an attempt of expanding the methods of thinking, adapting ways of dealing with the gloomy state of mind, trying to trace the longed hatch to eternity, to capture the ellussive immortality, of consistence, of God. As reflected in the lyrics, the band members appear to have a partial success in their quest, possibly finding the justification for existence in the sublime harmony and beauty of nature, in the, even if short and fragile, temporary, casual maintainance of life. Incorporating in their previous Dark Metal atmophere, based on anguished shrieks and fast picked droning soundscapes of entrancing distorted phrases, elements which stand for the yet present agonized feelings, this creation involves incredibly produced, rather dominant acoustic guitars, clean (and quite charming vocals), adjoind in a slower, calmer, thoughtful tempos; the tears have dried, the blind salty eyes slowly open up, seeking, and somehow finding, in the beautiful, sorrounding enviroment, the utopic yearned-for meaning.

Just as on “Pale Folklore”, “The Mantle”’s grandeur doesn’t spring of the compositios, which are rather similar and slowly developing, not to say stagnant. This album won’t appeal to those seeking bombastic melodies and grandiose polyphoinc explosoins. The greatness of this American trio is in their ability to define a unique, powerful immotional state, and condense its vastness into the shape of a musical creation. On that matter, this effort is a great progressive continuation of it’s predecessor, leaving us all impatiently waiting to see which following moods are they yet to explore.