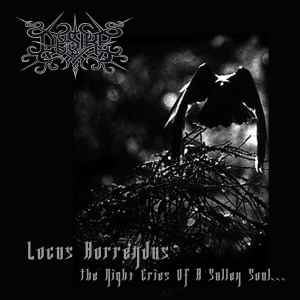 After 10 years of existence Desire are releasing a new album “Locus Horrendus - The Night Cries Of A Sullen Soul…”. This album is Doom Metal with some touches of Black Metal.
The production of the album is done by the band, which did a very good work.

The album is opened with intro and continues to the 2nd song – “Frozen Heart…Lonely Soul…” a dark heavy song. The music is slow and heavy with keyboards in the background. The vocals are more doom metal style – very good growling vocals.
Next part is an into which leads to the next song – the 4th song – “The Weep Of A Mournful Dusk” – this song is slower and heavier reminding me My Dying Bride, but not exactly the same, it continue with melodic keyboards parts and clean guitars – its done in a very good and professional way with another nice addition of female vocals.
They have a lot of power in their music, a lot of atmosphere. You can easily drown inside this mystery.

This album is recommended, especially for those who like the doom metal bands from the beginning of the 90’s. bands such as Anathema, My Dying Bride, Paradise Lost, etc.