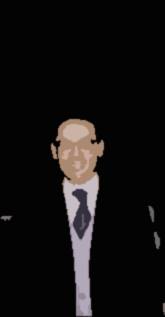 Back in 1979 noise wasn't what it is today; there weren't organizations (or rather pseudo-organizations) like Mothers Against Noise, or as many noise makers to provoke the all American mother, there was no Myspace, no Forums, no web-labels, and in fact no home computers with an internet connection.
Maurizio Bianchi, originating from Milan , is a pioneer in terms of noise; he started in 1979 under the alias "Sacher-Pelz", went on to release edited speeches of Nazi leaders (for artistic use) under the name "Leibstandarte SS MB" and continued releasing albums both under those names and under his own name (or under MB) until 1984 when he became Christian.
Up until 1997 there weren't any releases by Bianchi, but from 1998 and to this very day Bianchi is an active noise maker.
I had the rare opportunity to ask him some questions, hoping to introduce and further know his intriguing personality and music to anyone who finds it interesting

First of all, introduce yourself and your work
I'm a non-musician in activity since August 1979, except a long hiatus between 1984 and 1997. I'm used to work in the experimental field because it's the only one I can express my freedom completely in researching emotional sound sculptures.

Which of your albums/projects would you recommend those who are unfamiliar with your work to start with?
From the early period I recommend "Symphony for a genocide", "Mectpyo bakterium" and "Carcinosi"; about the last, works like "Mind us trial", "Niddah emmhna" and "The testamentary corridor" are more representative. 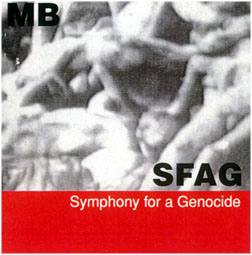 How did you start making music?
I started on August 1979 in Milan with the pseudonym of Sacher-Pelz, just using a long-playing recorder and some used long playings, manipulating them with loops, scratches, noises, crumbling them until to be unrecognizable from the originals. It was a sort of defragmentation of usual music into several atoms of unusual non-music. Later, from 1980, I introduced the synthetic sounds and a rhythms-machine, and in the end (from 1983) an echoes-machine with a microphone.

What messages/feeling are you trying to provoke with your music?
The uncompromising message is very clear and the inner feelings are so intense that the listener seems to make a fascinating journey in his own mind paths.

How would you define the music you make?
I can define it as psycho-neurotic sound. 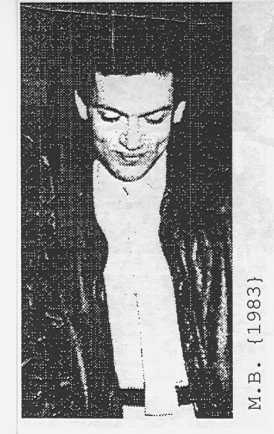 Do you have any professional musical training?
Not at all! Even I don't know how the read the seven traditional notes of the stave.

You’ve collaborated with many artists – with which did you enjoy working the most? And what is the album you’re most satisfied with from those collaborations?
Yes, recently I've collaborated with more than ten artists and groups and I've enjoyed with all of them! And there is not a particular album I'm more satisfied than the others. Maybe I'm a little bit diplomatic?

Do you feel more comfortable working alone or collaborating with other artists?
It's a different point of view, because alone I can decide and determine by myself everything, but when we're two or more, there is to take care of the opinions, decisions, etc. of your collaborators, and respect their decisions and their suggestions; but until now I found a very good co-operation and I take the opportunity to thank very much all of them for their precious and faithful support.

What albums are you currently listening to?
Currently I'm not listening any album, but only the radio programs coming from the foreign states, because I can be aware of the musical kaleidoscope is surrounding me. It's really great!

What is your opinion on the today’s music in general?
Today's music in general is very fragile and superficial. Even in the avant-gardist field, only very few people are keeping the genuine experimentation flag high.

In your opinion, where do you stand as an artist? Do you see yourself as an underground artist? As an alternative to the mainstream? Where would you place yourself on a schematic sketch of the music world?
I can see myself as an underground/alternative/unconformist artist, but it's only my personal thought; probably from the outside the critics would define me in another way. Anyhow, I don't know exactly where to place myself, maybe in another dimension?

I’ve read in other interviews that you’re pretty unknown in your homeland (Italy) – are you pleased with this or would you rather it was a different way?
That's right, but I'm not worried about this, even because in my homeland there is the melodic/traditional culture and I don't feel a need be part of this even though I'm living beside it.

From digging into your biography I’ve found that you haven’t released any albums between 1992 and 1998, what are the reasons for this?
To tell the truth, I remained absent from the scenes from 1984 until the 1997, and the reasons are that I had already expressed all my own creativity, and to avoid useless repetitions I preferred to stop everything with music, but not in life because on 1984 I became a true Christian and my life was lightened by the God's eternal Word! 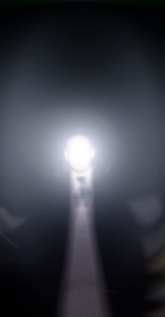 What made you go back to composing and releasing albums?
The awareness to open a new chapter in my experimental history, more intimate and careful.

What made you decide to do an album like “Blut und nebel”, which consists mostly of remixes?
To move against the mainstream, rediscovering hidden sounds filtered with the current spiritual maturity, and the final result is very exciting!

What was the work process on it like? How did you feel about re-working on your older materials?
The process was initially to create some looped effects, after re-treated and electronically filtered with Sandro Kaiser's devices, in order to obtain a velvety effect, very suggestive. I must admit that when I re-worked with such old materials I felt certain restlessness, due probably to hidden ghosts that tried to reoccur, but now I'm feeling completely satisfied.

Do you work on digital or analog equipment these days? Do you miss the times when it was completely analog?
In the present I work completely with very simple and Spartan analogical equipment, and those epic times remained forever in my mind...One way or another it was a "poetic" age.

What equipment are you currently working with?
With a cassette-tape with microphone incorporated, a DVD-player machine with some special functions and a lot of creativity.

Do you have any other interests besides music?
I'm completely involved in religion, but not the traditional one, so empty and futile, and I like to do abstract photographs to use for my albums. 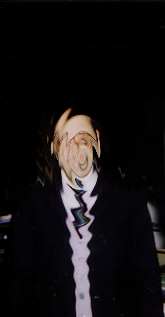 What are your plans for the rest of 2006?
There are collaborations just started with Maor Appelbaum, Matteo/ Hue Uggeri, Claudio Rocchetti, Crìa Cuervos, Saverio Evangelista of Esplendor Geometrico, Emanuela de Angelis, Land Use, Craig Hilton, etc.; concerning my solo projects, there are enough projects ready for the next autumn. So, I'm very very busy but I don't complain because to stay active is the best thing to do against modern boredom, the dangerous root of all the misdeeds and the injustices.

In your opinion, what is the most important historical event that happened during your life so far?
The most historical event is very close to come... Please read the liner notes of the "603... Annus Mundi" freeload album.

Do you consider yourself an artist working only for his own good or do you try to push and encourage other artists/bands/projects as well?
I prefer the second option, but being so imperfect I'm not able to do it completely... sorry.

Are you familiar with any Israeli noise/drone/industrial artists?
I know only my friend Maor Appelbaum and the people at Tophet Prophet label. That's all.

Final words?
I don't want to become popular or acclaimed, but I'd like to awaken the sleeping consciences. Then I'll come back to my enlightened subterraneans...

Thank you.
Thank you very much for your time and effort in doing the interview