Sweden’s Katatonia were once a much easier band to define, back in the day they were a death/doom metal band (and a black/doom metal band even earlier); since the band was re-formed in 1998 they decided to go a different way and almost erase their past, while still having their metal roots, they have gained a name as a band with it’s own unique sound, one you can tell it’s them and be swept away by in mere seconds.
It is no secret that this is one of my favorite bands (one of the things I especially love is drummer Daniel Liljekvist’s drumwork), so I was more than glad when I was given the chance to interview one of the band’s founding members Anders “Blakkheim” Nyström, a true metal legend, who was kind enough to talk about Katatonia’s latest album “The Great Cold Distance” and beyond. 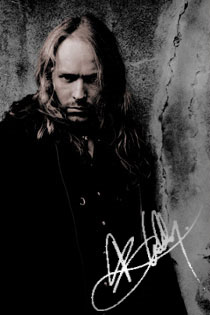 Hi Andres,
What can you tell us about the making of your latest album, "The Great Cold Distance"? How was the process like?
We never put down as much time, effort and sacrifice for any other album but this. We believe it got the most professional sound we ever achieved and musically this was simply the best we could come up with at the time. We truly hope people out there share our vision for this album and find many dark nights being accompanied by it.

You have a hand in the production of the albums – how did this manifest in "The great cold distance"?
The entire recording was done extremely carefully and the whole session was thoroughly produced from the composing stage to the demo stage and on through the final studio work til the last day of the mastering. We wanted to be involved in this process from start to finish. It was important so our vision wouldn’t be compromised. 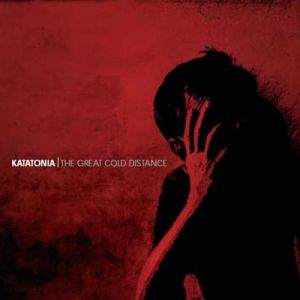 What are the responses you received regarding the album from both fellow musicians and the audiance?
It’s surprisingly good! An overwhelmingly positive response.

Your lyrics are considered bleak, alienated, emotional, melancholic and depressive- where do you get your inspiration from?
It’s basically anything that haunts our minds, and Jonas being the main lyricist in the band has a lot on his heart for the world to know. The inspiration goes beyond just music/lyrics of other bands. Of course we're influenced by everything we listen to, it can be stuff on radio, TV and your private cd collection, but moreover it's about life and death itself. Situations that appear between humans, locations and sights of our surroundings, fate, ponderings, moods. You know, everything you can sense being a human being, it all influences and inspires you for your next move and fear.

I find it hard to put a definition on your music other than "it's Katatonia", I can't call it melodic doom or alternative metal- how would you describe it?
Dark and heavy music but exclusively unlimited to metal.

Like I said, Katatonia had a very specific sound, what bands/projects would you consider your biggest influences?
The Cure maybe had one of the biggest impacts on us over the years. 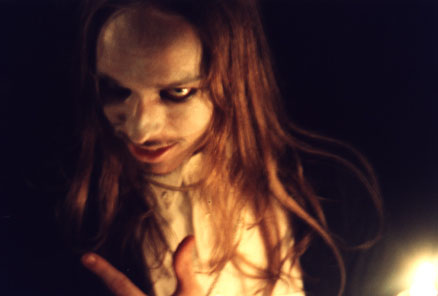 I've read somewhere that you decided to disband October Tide since it didn't succeed and had a great deal of musical ideas that could have been used for Katatonia; To me, both October Tide albums have a strong closeness to Opeth's Morningrise, how do you perceive those albums and is there a chance of a third October Tide album and re-issues of the older ones?
There are no plans for a third album, but it seems that ‘Grey Dawn’ will get a proper re-release next year on Peaceville. Those two albums were fantastic and mark a vital role in the underground scene of doom/death metal.

I can't escape asking about Bloodbath, is there any new material being worked on? I understand you're missing a vocalist since both Mikael Åkerfeldt and Peter Tägtgren are a bit too busy – are you looking for a new vocalist? Will there be any live performances?
The future of Bloodbath is quite uncertain at the moment. We still haven't found a suitable replacement for the vocalist despite the heavy audition. Our drummer Axe, has also permanently joined Opeth and they're schedule is very tight all year around. Swanö has also expressed that he won't be able to commit to gigs/touring with Bloodbath, so there's probably gonna be a few changes ahead if Bloodbath continues. We're looking at either an entirely new line-up with the ability to tour and bring the band to a higher level, or the old line-up (plus a session singer) to find a gap in our schedules where we can record another studio album, but with zero gigs and tours to follow. We shall see.

What is your first memory of Katatonia as a band?
That gotta be running around the woods in corpse paint and jamming on cookie cans in the bedroom.

Which artists would you like working with if you were given the chance?
There's many, but on the next album there's a chance we'll get one or two of them to participate in one form or another.

Katatonia is known for its close relationship with Opeth, have you considered showing with them? (I've heard Mikael joked about it on one of their shows, saying something like you're impossible to tour with).
Hahah fair enough. However, we did a European tour together with Opeth in 2001 and have played together on numerous occasions before. It’s always nice to get together with those guys, since we’ve been friends since back to the days we started out.

You’ve worked with Dan Swanö in the past, are you still in contact with him? Is it possible that you’ll work with him on one of his future projects?
Well the most recent thing we did together was the last Bloodbath album. I don’t think we’ll be working together on anything else as we really don’t share anything musically in common besides Bloodbath these days. We’re also in different cities and he’s happy doing his stuff while we got our shit going.

What are your plans for the rest of 2006?
Summer festivals, a North American tour and more European one-off gigs.

Will you consider doing a show here in Israel?
Not right now with the chaos going on down there, but one day we’d love to come down. I love breaking new grounds and play places we’ve never been before.

Where do you see yourself (as a band and as an individual) in say, 10 years?
Hopefully just still alive. Actually, I don’t want to predict the future. I rather focus on the day to day life for and in the present moment. It can all end tomorrow.

Do you have any other jobs/occupations besides being in Katatonia?
Me and Jonas do Katatonia plus related projects full time, the others have their daytime jobs in the cities where they live.

What do you think about the current situation of the music and the metal industry?
It’s not what it used to be, for both good and bad. You just gotta try to hang on and dig the situation. Take what you can into use for your advantage.

Albums you're listening to lately?

Books you have beside your bed?
Currently, it’s Jenna Jameson's autobiography.

Movies you've seen lately and recommend?
I just saw the entire Prison Break series and have to recommend that!

How often do you get together as a band? What do you do?
We only get together for rehearsals, and we only rehearse when we got gigs coming up and occasionally we don’t even rehearse at all. When we’re all together it’s either in a van, airplane, airport, hotel, backstage or on stage. We party and raise the hell we can, so it’s quite enough at the end of the day. It’s a combo of business and vacation.

Worst alcohol experience?
Too many of those, but what doesn’t kill ya…!

Message on you answering machine?
Oh that thing… Well I threw it out! I rather just depend on the dial id display and based on that I’ll pick up the phone or let it ring for eternity...

Last time you listened to your own music?
Checking a live recording from a Finnish festival just one week ago.

Any last words?
Many cheerz goes out to all Katatonia fans of Israel! I hope you don’t end up being innocent victims of war. Good night!


Thank you for the interview and your kind words