Italy's Disarmonia Mundi have made a name for themselves as a leading melodic death metal band, making their big breakthrough with their previous album – Fragments of D-Generation, which featured Soilwork's Bjorn "Speed" Strid on vocals. Their new release – Mind Tricks, is the first album by the band not produced by mastermind Ettore Rigotti, and again uses the considerable talents of "Speed" on vocals. We spoke to Claudio Ravinale, the band's second vocalist lyricist: 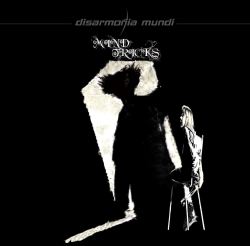 Hey Claudio, What does the name of the new album - Mind Tricks, mean?

CLAUDIO: We simply used Mind Tricks as a title because we thought that it was weird and catchy enough to be a good title for a death metal album... We were looking for a short title this time and since I started to write the lyrics for this new record I had the "Mind Tricks" title in mind... We simply didn't find a better one to represent the record and so we kept it till the end.

Why was the song "Celestial Furnace" chosen for the first video?

CLAUDIO: Because it has a pretty good and catchy chorus and represents quite well the variety of the vocal range u can find in the rest of the record as well.

Why did you choose to cover Pantera's "Mouth For A War"?

CLAUDIO: We did it as homage to Dimebag... our way to say him "goodbye".

I understand the album was recorded at the famed Fredman Studios, why wasn't it recorded by Ettore, like the previous ones?

CLAUDIO: The album was recorded into Ettore's homestudio like the previous ones, we only went to Fredman for the mix, but we were not completely satisfied of the result so we mixed it a second time into Ettore's studio and then mastered the whole stuff at The Metal House here in Italy.

Does Ettore produce any other bands?

CLAUDIO: Yeah he produces some other local bands as well, for example he just produced an ep for Ground Zero, my other band, and I must say that the result sounds damn good... He is an amazing producer and a great musician, so it's really easy to work with him, he can really make a band sound extremely professional.

How would you compare the new album to D-Generation?

CLAUDIO: Mind Tricks sounds more direct and brutal, but without forgetting the melody that is a very important component of our music. If compared to Fragments this record is far more aggressive and absolutely darker. They are just like two different sides of the same coin. Also the lyrics are far better and finally u can hear me scream all as well...In my opinion Mind Tricks is simply what Fragments should have been.


Now some history, you guys started out pretty young, what did you do musically before Nebularium was released?

CLAUDIO: We all played in some small local bands but we were really young and drunk all the time so there's not much to say about it really.

What kind of music did you intend to do when beginning with the band?

CLAUDIO: Nebularium, DM first record, was more dreamy and progressive as a result of the early influences of the band... I'm talking about bands like Opeth or Edge of Sanity... Then the sound slowly changed into what u can hear now on Mind Tricks, a more direct thrash-death metal, with huge choruses and a lot of different layers of melodies all over the songs... Complex but straight in your face at the same time. 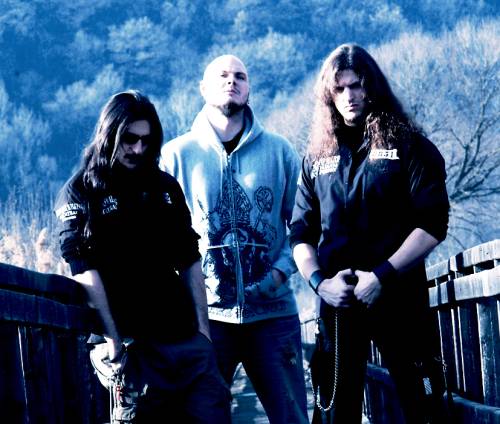 Are you guys involved with any other bands apart from Disharmonia?

CLAUDIO: Yeah, I sing in another band called Ground Zero, you can check us here: www.groundzero-metal.net.

How did the whole connection with Speed Strid start?

CLAUDIO: Well, the band was searching for a singer after Nebularium and they simply got in contact with him. He accepted to sing in Fragments of D-Generation as a guest and in the meanwhile I joined the band as the official singer, 'coz he is already Soilwork's singer and, despite what the record label keeps sayin', cannot be a permanent member of DM as well...

Did you do any live shows with him?

CLAUDIO: No, in a live situation I'll be the one handling all the screamy & growly stuff while Ettore doin' the clean vocals

Since Ettore plays the different instruments, does he also write all of the material?

CLAUDIO: Yeah, he composed Mind Tricks in three weeks all by himself., then he gave me the whole stuff and I wrote the lyrics in a few days... We have a pretty fast way of working, he does all the music, and I do all the lyrics... simple and clean.

Were you surprised at the time of all the positive reactions to "D-Generation"?

CLAUDIO: Quite, for the simple reason that we always consider shit what we record ahahah I mean, we are aware of the fact that we're producing quality music but at the same time we never really like the final version of our songs so we simply don't know what to expect from any of our records when they are released... We're glad that so many people liked our stuff anyway; hope they will enjoy Mind Tricks as well... 'coz we surely don't ahahah

How do you intend to support the new album, are there live shows planned?

CLAUDIO: Being the band only composed by me and Ettore is pretty difficult to do live shows right now... Maybe we will hire some session musicians to do some shows here and there, but massive touring won't follow the release of this record for sure... dunno, time will tell!