Galloglass's latest effort – Heavenseeker continues where their first release – Legends From Now And Evermore ended, a fearsome combination of power metal with Orchestral and progressive elements. After some line-up changes it seems the band is set to conquer the world, and their guitarist – Kai, was kind enough to tell us more: 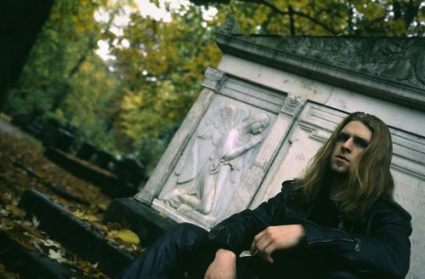 Hey There! I'd like to start with current events, what kind of touring will the band do this summer?

No events really, but we are putting as much song material together as possible. We're planning to release another album, so hopefully there are more touring possibilities for us after this. Maybe we do a couple of gigs before we start recording the new album, but that's not sure, because we still have a lot to do before we can think about touring. Mac and Shaker just joined, so there's going to be a bit of rehearsing, some of the older songs ;)

What's the current line-up situation? I understand there were some changes made lately.

Yes. Carsten Frank and Dirk Kühner-Zelmer left the band. That was a bit rough. Now, we are glad to have such awesome people like Andrew “MAC” McDermott (Threshold) on the Vocals and Shaker Elmosa (Ex-Taraxacum) on Bass guitar. We are doing really fine after all. Having no singer anymore, not knowing how to move on was kinda hard, but we found exactly what we were looking for in those two guys. And that again, feels really good. The new lineup is working absolutely great so far. We couldn't imagine it being better at this chapter of the story called Galloglass :D Let's see what the people think about it, when they see us live... hopefully more often than back in time...well oh well... 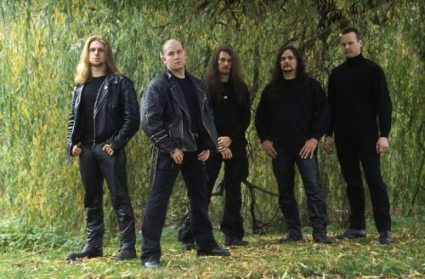 Now to your latest album – Heavenseeker, is this a concept album? Who do the lyrics deal with?

No, it was not really a concept behind the songs. It could be possible to find a connection between some of the songs, cause there's often a lot about fighting between good and evil in these lyrics. Maybe a connection or something like that could be made because all of them are done by us, too? Well, again there are fantasy elements, like on „Legends...“ and so on,...nothing to special really :D:D:D But we are fine with those lyrics, otherwise they wouldn't have happened, this way.

You have been deemed a power metal band, but I found a lot of prog elements in your music, how do you view yourselves?

Well, we all come from different metal genres. We are working together on the songs, as much as possible, so everyone can put his ideas into the music. It is really important to us, to not have some kind of hierarchy in the band. We are suckers for progressive stuff, besides other genres. Needles to say, that our major influences can be found in our music from time to time. But that still didn't happen on purpose, when talking about the prog-elements. I don't think that there's currently a good description for what we do. We will keep our trademarks, such as you can find on our releases so far, but at this point it's not sure how our music will turn out in the future.

How did you incorporate the strings and orchestral parts of the album, was it done by keyboards or a live orchestra?

Both. We arranged a lot of the orchestrations (if you really want to call it that way ;) on the pc of course. But most of the strings are real strings played by our good friend “Hartmut Richter”. To me its been very hard to find a way into that kind of arrangements we used on the latest Galloglass output. I tried to think as much as possible as a composer for classical music, to not see the string arrangements as something you switch on and of. This is not so easy I found out :D I'm not sure, but I think the others had those moments, too. Doing their arrangements, and if not, possibly when we had to record all the stuff and tell a lot of people what we wanted them to do :D We all were really happy, when „Heavenseeker“ finally was done. Don't let me be misunderstood. We know quite well what we do, and how we want our music to sound like, but I think it was a lot of experiences to all of us.

In what ways do you think the album is different than your first album?

Well, first it was the "second“ album. That is a weight you have to lift. We all work really hard, so we tried to win some kind of self-made-competition against ourselves. But, we knew from the start, that to do something like "Legends...“again would be almost impossible. There was less time for doing the whole thing compared to „Legends...“ and we did pretty much all by ourselves. Having so many guest-appearances, and so on had to be planed. Technical problems had to be solved right when no one expected them to happen, not only once :D Equipment had to be fixed, build bought and all that took a lot of time. Throwing all this together, I'd say, that „Heavenseeker“ was a large step onward for us. If it's better or not than anything, depends on the fans. We love what we do.

Can you give us a short summary of your bio, where did you guys play before starting the band?

Well I'll start with Nobby, who played in so many bands that it wouldn't fit in here:D the latest one was a local band called „Progeria“.Arnie played in local formations called „Infernal Row“, and „Serpent Moves“, Shaker with „Sway“ and „Taraxacum“, which some of you might know(?).Mr. Andrew Mc Dermott might be known from a band called „Sargant Fury“maybe, or from his other band „Threshold“. I had my first gigs with my second band „Desolation“, where I play bass guitar. Just check out our website for more details ;)

What kind of a metal scene do you have there in Hannover, any known current bands?

There are lots of metal bands. I noticed a lot of them being really good. It's always impressive, how many good musicians there are. Some of the bands here in Hannover really have trademarks. The ones from our genre, known the most might be „Human Fortress“perhaps?! You could again check some links on our website, to get an idea ;)

How did Curran Murphy and Jeff Waters end up playing on the album?

They just stepped into our studio and said:“... where's the beer?!“ :D I could stand it, sorry...These guys are great. We had a good time...such nice people, really! Actually they were rehearsing in a room that's near ours. It all happened, when they were support act on that Judas Priest tour. They not only did a visit, but recorded stuff in our studio as well. Both for us and them. So it was great for the guys (Nobby and co.) to work with them I think. Pity I didn't have the time to join them so often, work work work :P 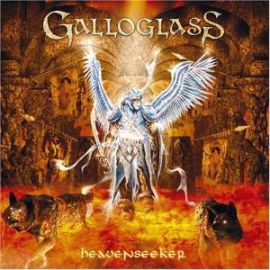 What's the idea behind the album's great cover art?

As I mentioned, some of the lyrics deal with that good and evil, fantasy sausages...The cover artwork again was Carsten´s piece of work. We all talked a lot about, what we wanted to have the cover look like. He did pretty well again I think.


With music as fast and aggressive as yours, how hard physically are your live shows?

To Arnie it's always a lot of sweat, doing his drumming :D We all are starving from not playing live. We really do live for that! I'm not sure about Nobby, but it's sometimes quite heavy to sing and play at the same time, for me. I can't wait to get onstage with Shaker and Andrew. There's going to be a lot of energy onstage I think...seriously!

That's it, thanks for your time!