Winters Bane has been releasing quality metal albums for quite some time, yet they are mostly known for being Ripper Owens's former band.
The band's latest release – Redivivus, may be the album to change that, a quality slab of true heavy metal, which features excellent vocals by new vocalist Alex Kosch.
The band's founder, guitarist and main writer – Lou St. Paul, was kind enough to give us the lowdown about current events:

Hey Lou, I'd like to start with the band's latest release, Redivivus, first, what does the title mean?

Redivivus simply means reborn in latin. In a lot of way I feel reborn and refreshed with this new CD. 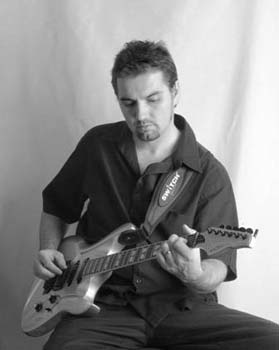 How would you define the album's music? To which of your previous albums would you compare it to?

High energy, no nonsense American power metal. Honestly it’s kind of hard to classify. I know growing up that this was the type of music I always listen to everything from Ozzy to Megadeth and this is the type of music I’ve always wanted to make. And that’s why with this new CD it’s almost as if there’s a re-awakening of the spirit of why I got into music in the first place. Vocally you compare “HOAK" with the higher vocal register, but musically I was going for something completely different. I wanted the same energy and drive of our previous works, but I wanted to put in something a little more; I wanted to try to integrate all the styles of done in the past.

You got some serious sound people doing the sound for the album, why did you choose the guys you did to do it, and are you happy with the sound they achieved?

First I am thrilled with the sound of Redivivus. The team that we assembled did a great job of putting my musical thoughts into action. Chris and Curran managed to a wonderful job of pulling all of the elements together.


Did you do anything different in this album in regards to your guitar playing?

Yes, actually quit a bit differently. For this CD we took a more piecemeal approach to the project. We weren’t looking at how the entire CD as a whole would turn out, but rather how each sound of each section of each song we recorded would build upon each other to make the songs more powerful. Curran and I laid down some ground rules before recording a single solo. If what I was playing didn’t live up to these rules set forth, he made me play them until they did – haha!

You have two new members, Mark Cross and Alex Koch, how did meet them and recruit them for the band?

Alex auditioned for the band after liking what he heard from the previous CDs. When he became available I was very pleased, as I’ve always admired his talents. As for Mark, oddly enough he was hired for session work, but like Alex his talents were awe inspiring. 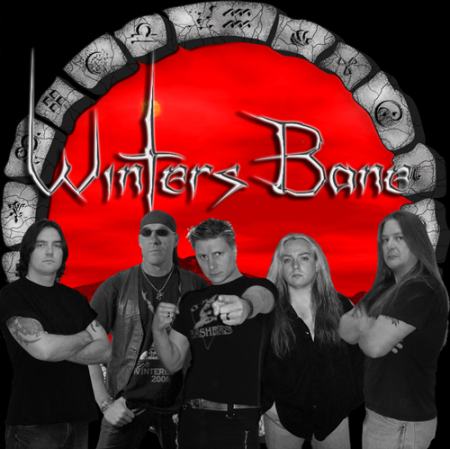 Now to some history, you started out the band in 1990, what were you doing as a musician prior to that?

I started off gigging at an early age playing cover gigs and learning the tools of the trade. The bands I’d gigged in played across north east Ohio, which geographically is a pretty large area for a kid still wet behind the ears.

How did you recruit the original line-up?

Terry Salem our original drummer approached me first. We were in the same scene but in different bands. We got to talking about recording and he’d mentioned that he was looking for a guitarist to write with in his new studio. We hooked up and then recruited others after we wrote some songs. We had been playing; actually, quit a while before Tim even joined the band. The funny thing is he was friend of Terry’s and mine and came to see us often. When our original singer and us parted ways we threw the option out to Tim to join the band.


What the story behind Ripper Owens's leaving the band, was it upon his joining Judas Priest, or before that?

We separated during the writing phase of “Season of Brutality" the follow up to Heart of a Killer. I thought that he had grown dissatisfied with the musical direction I was writing in. I was very happy for him when I had heard that he was contacted by Judas Priest. And we’re still friends and collaborate on occasion.


How did you decide on taking on the role of vocalist?

At that point I was heavily influenced by Metallica and Megadeth and wanted to write in that vein. Instead of telling a story I wrote by personal experiences and I felt I was the best singer to express those.

The band's music changed quite a lot since "Heart Of A Killer", which to me always sounded very "King Diamond"-like, "Girth" was much heavier, almost thrash, what caused that change?

I thought that was the ultimate creativity as an artist. Its one thing to write material and hope that will be performed the way it is in your mind. It’s completely another thing to take a song from beginning to end and completely immerse your self into it whole heartedly. That’s the experience when recording Girth and Season of Brutality.

Why did you choose to stop singing and bring in a vocalist?

When I re-discovered that style, I saw Alex as the perfect mouth piece for the material I was writing.


What's the situation with your solo project right now?

It’s a work in progress and it’s something I’m continually coming up with ideas for. I’m fortunate to have the resources to record the ideas when they come to me.

Yes, I am a religious person. As I grow and mature, I find that life doesn’t look the same as when I was a twenty year old. The bible for me is something that provides the answers to the questions that come up to me in life. There are certain things that inspire a person along their lives, the bible happens to be one of the things that inspire me. What I’m focusing on is the emotional content that the scriptures stir in me.


I also read you were involved in a band called Silhouette, what happened with that?

I did a demo with Chitty Somapala called the Silhouette. It was a essentially a pre-cursure where we hashed out some of the ideas that ended up on Redivivus. I was sad at the time that it didn’t work out, because I thought Chitty was an excellent singer and a nice guy. It ultimately worked out in our favor because we now have a much stronger CD - because of some of the ideas that sprang from that project.


How did you start out composing music for TV and video games?

As a fluke! My manager submitted our CD to a publishing company that dealt with Television and movie sound tracks. They liked and contact me with a co-publishing deal. I was very happy and quit honored by this.

What about touring, what's planned for the band now?

As it stands, we have several offers on the table for events ranging from music festivals in England, as well as here in the states, to a planned tour of North America this fall. A lot of what we will eventually do depends on timing and availability issues so there is still many loose ends to tie up, but we plan on starting to play locally within a matter of weeks.


Thanks for doing this interview!
Alon Miasnikov
Share |
blog comments powered by Disqus