Hey man! I'd like to start with current events, What kind of touring did the band do these last few months?
Headliner europe tour for over two month.

Regarding your latest album, Mission No. X, first, what does the title mean?
No deep meaning behind this is just the 10th UDO album.

The album has several new sounds and use of electronics that weren't there before, how did that come about?
We always try to put some modern stuff in our music.

Why was 24/7 chosen as the single for the album?
It was up to the record company.

How different is it performing with your current line up than with some of older ones?
There is no big differens but this line up is now together for 8 years.

You and the band have been producing albums constantly for some time, how do you maintain the energy and drive to write so much new material?
We are hard working people and still we have enough idears for new songs.

You seem to put a lot of strain on your voice, did you have ever have problems because of the constant recoding and touring?
I never had any problems with my voice - i think i'm very lucky.

Your music, and lyrics, are the epitome of what is regarded as "Metal", what does the term Heavy Metal mean to you after all these years?
Still I like it - it's coming from my heart and it is a life style.

You and Accept started out very early in the history of metal, what bands drove you guys into the loud and brash music you write when you started out?
Deep Purple / Jimi Hendrix / Rolling Stones / Sweet and many more... 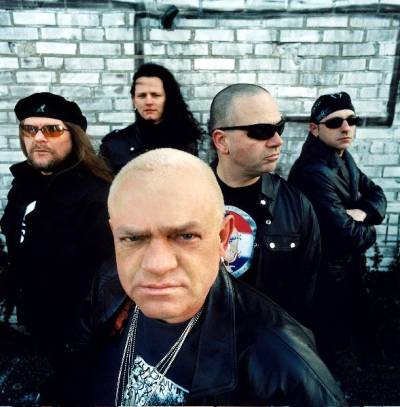 How did you develop you very much unique style of singing?
I did nothing special i think is just nature.

In Thunderball you did a song called Trainride In Russia, which had parts sang in Russian, how did that song come about?
This song is a tribute to the russian fans and there country and the lyrics are true storys.

You also did a song called Cry Soldier Cry, with a pop duo, how did that happen, and why the special attention to Russia?
What can I say - there is no deep meaning behind this idea.

What kind of a live set do you perform these days?
A big production lots of lights effects.

Are you planning anything different for the Israeli show?
We will play for the first time ever in Israel, maybe we put some special things into the show.

Any last word to the Israeli fans?
We looking forward to play at your country see ya' !!!

That's it, thanks for doing this interview!
Alon Miasnikov
Share |
blog comments powered by Disqus