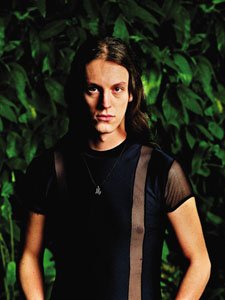 Mark Jensen is the leading force in Epica, playing guitar and contributing his voice with additional grunted; Epica was formed in early 2003 after he departed from “After Forever”.
The band has managed to gather a large fan base I a relatively short period of time and will perform in Israel this June 2nd.

How would you describe Epica's music?
Mark: It's a combination of metal and filmmusic. A lot of people call it gothic metal and we're fine with that as well.

What do you think differs Epica from similar female-singer metal groups?
Mark: We have a record label that trusts in us so we get the budget we need to record the best possible album. Another difference is that we work very hard for it.
I know that some other bands work hard as well but we are one of the hardest working bands in the scene, we tour a lot, we spent a lot of time with composing and we take a lot of time for interviews and chats with our fans.

Is there a certain writing process for Epica's material?
Mark: Most of the time I start with the structure and melodies of a song and the other guys add some ideas. I spent a lot of time making the compositions, right after the finishing touch of an album I start writing for the next one. I write everywhere, on tour, at home, at holidays. As long as there's inspiration. 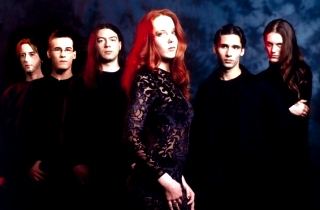 Many Power/heavy/progressive metal bands have lyrics about fantasy and history - what are your lyrics about and where do you get inspiration from?
Mark: We get a lot of inspiration out of the news and by reading books. Books about religions, about history and about other cultures. 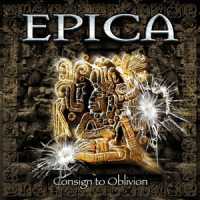 I've noticed a common denominator of the tracks in "Consign to Oblivion" revolving around the Maya's culture, does it have a concept? If so, what is it about?
Mark: Yes that's right, the Maya’s from Mexico and Guatemala had a lot of wisdom and lived in close harmony with nature. Something which we have lost. I've read a lot about the Maya’s and their knowledge and learned a lot from it. A part of it I did put in my lyrics.
The Maya's for example had a very good calendar, much better than the ones we use nowadays. In perfect harmony with the cycles of nature. That's how a calendar should be.
The song “Another me” is dealing with the principle- you are another me. Which means that how I treat you, will come back to me. If I treat you bad, I will get treated badly as well.

Kamelot's vocalist, Khan, participated in "Consign..."- what was it like working with him?
Mark: Great, he's very professional and dedicated. I'm a big fan of his voice and am very proud that he participated on our album! 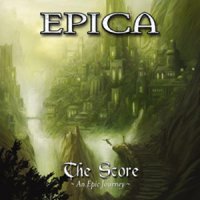 "The Score", your latest release, is different from your previous releases, more like classical/theatrical/soundtrack/theme music - why did you decide to release it under the name of Epica?
Mark: As it was a wish of us. We listen a lot to filmmusic composers like Danny Elfman, Hans Zimmer and John Williams. I wrote the score for a Dutch movie and we took the chance to release a filmscore album out of it. The reactions where very good so I'm happy we did it.

You left After Forever a few years ago (2002), what's your take on their releases since you left? What do you think about their latest album?
Mark: I like the “Remagine” album. It's a band full of good musicians but still I'm happy that I'm in Epica nowadays. I have more freedom here to make the music I like most.

What is your musical education?
Not much, I started with some guitar lessons when I was 15, all the rest I learned by myself.

I've read on Epica's site that you're studying Psychology, are you thinking of an occupation in that area in the future?
Mark: I finished my studies recently!
So now I'm graduated at the University, I'm very happy that it's all done now as I spent most time with music and Epica. I don't think I'll search a job in the near future as the music is asking so much time from me. I love music even more.

Where do you see yourself in 20 years?
Mark: *haha* that's a difficult question, I hope still happy and in a peaceful situation but I think I'll be dead by then. The world will be destroyed by mankind soon I'm afraid. Most people only think about money and careers and don't care about the long term. The nature is dying.

Where were you 20 years ago?
At my first school, playing soccer with my friends. I spent a lot of time in forests as well.

What is your earliest childhood memory and what is your strongest one?
Mark: My earliest and also strongest memory is when I was very young my grandmother’s dog grabbed me and I though I was going to die. My father was watching it and didn't do anything. He probably thought the dog wouldn't harm me but I didn't know that -Fortunately nothing happened but I was scared to death *haha*.
Later on that dog and I became the biggest friends. Towards others he was aggressive but towards me he was a very sweet dog.

In previous interviews you referred to religion, Are you a religious person? How does it manifest in your life?
Mark: I'm religious in a way. I believe in something, call it a god. But I don't believe in a specific religion. What I believe is that you can learn a lot from all the existing religions and beliefs. I have a strongly developed intuition. So in daily life I always try to find a balance between common sense and intuition. 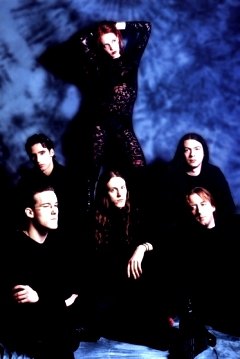 Books you have on the dresser beside your bed?
Mark: At this moment I'm reading a book about the life of Mohammed, to get a better insight on the prophet of the Islam and the religion itself.

Regarding your show in Israel, this June 2nd, what can we expect?
Mark: You can expect a fully dedicated band who can't wait to visit Israel. As I said before I'm very eager to visit other countries and come in contact with new cultures. I've heard a lot about Israel and want to experience it myself now.

Last word/message to fans?
Mark: Thanks for believing in us, I've heard that the pre-sale is going very well for our gig in June. I'm very happy to hear that and simply can't wait to play for you!!!

I’d like to send my thanks Mark for his time and effort; even though it got delayed it turned out smoothyl eventually.