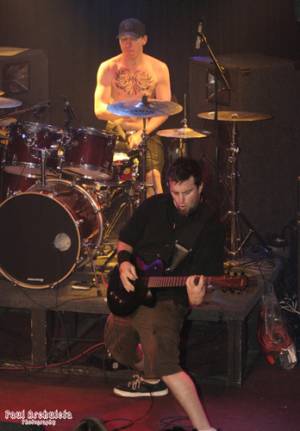 Australia's technical death merchants Devolved have released two very well received albums as of now, both combining highly technical and well-played death metal with more modern, futuristic sounds created by various samples and effects. The band is currently working on its long-overdue third release, and we spoke with drummer/co-founder John Sankey about the band, its music and metal down-under in general:

I'd like to start with current events, the last songs updates on your Myspace are from 2006, what's the situation with a new album?
We are currently writing material for our 3rd full length album. Generally we will write a bunch of sections then join them and manipulate them into what the final song will become. It's very rare that we will write a song from start to stop as one composition. The album as a whole is written much like a puzzle, which is definitely evident in the end product as we don't exactly use conventional song structures. It also keeps the writing process fresh and exciting for us. If our schedule permits we hope to have the album completed and recorded by the end of the year/early next year.

It's been about three years since "Calculated" was released, why such a long time in between releases?
Well, a lot has happened in those 3 years, mainly the band relocating to the USA. That has definitely drawn things out for us because we have all changed our lives drastically to live over here in Los Angeles, and that took a lot of planning and organization. We also had to find a new vocalist and guitarist once we had settled here. Also we toured for a long time for the "Technologies" and "Calculated" albums so we took some time out before we came to the USA. I actually spent time out here and traveled back and forward to America from Australia during that break to write material for another project.

Let's go back in history, how did you guys starts out?
Myself and Brett (Brett Noordin, guitars/vocals) started the band back in about 1997/98. We both had similar ideas musically and wanted to create something that was original and extreme. Right from the start we always had a long term vision for the band to become successful. Once we found other members to join us we wrote as much material as possible and began refining our sound until we were at a point where we had enough quality material to begin playing live. We basically did the hard yards playing any gigs we could around the local area just like any other bands starting out. I think the thing that set Devolved apart though is that we always had a lot of ambition and knew where we wanted to be in a few years down the track, and that showed in our professionalism right from the start. Before long we had a strong local following, we recorded a few small budget demos and began intensive writing for a full length album. By the time we began recording the "Technologies" CD JJJ radio station had picked up a copy of our demo and started playing it on air. Anticipation for the album developed from there and when it was released in 2001 we basically sat back and let the music speak for itself, we knew the album was going to make an impression! 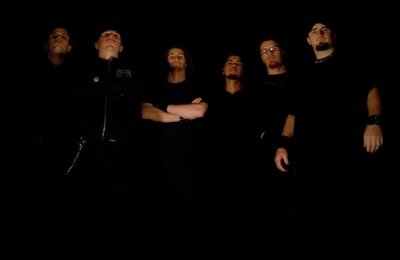 How did the idea of using samples on a regular basis start out?
We began by using a few samples here for song intros/outros, and then we felt they were an element we could add to our music that would give us another dimension and a more unique sound. Once we started experimenting with the idea of utilizing samples within the songs we all quickly agreed that it suited our style and allowed us to further portray the concept of Devolved.

Why are both Brett and Kyle handling the vocals?
Brett was actually lead vocalist for the band for sometime, but he began having medical problems on tour with his voice so we decided it was best to search for a permanent lead singer, Kyle was the obvious choice when he tried out for the band once we had made the move to America.

There's a definite Fear Factory feel to some of your music, how much of an influence were they on the band's music?
Well FF were one of the first bands I heard who took the concept of the guitars and drums (the kick drums in particular) really locking together to give that 'mechanical' feel. That is something we wanted to expand on because it gives a really powerful element to the overall sound. It's particularly effective with our music because it allows us to get more definition, especially in the faster sections, which is something I think a lot of the more straight-forward death metal bands suffer from. We all listen to a lot of different bands and types of music, but no matter what certain influences are always going to appear, that goes for any band of any genre. I can safely say I've always been very happy with the originality we have maintained, and that has always been a priority for us.

Was Raymond Herrera an influence on you as a drummer? What drummers were?
Raymond was an influence to a certain degree but I have always tried to steer away from directly emulating other drummers. I think Fear Factory overall as a band were a more profound influence on me rather than just the drumming. Raymond's double-bass drumming was definitely a stand out, and the patterns he wrote were very inventive and original. I am totally self-taught and I've always tried to do my own thing, I'm very cautious not too become too ‘generic’ with my playing...
In saying that I guess the following guys are players who stood out to me as being a little more creative and defined their respective bands sound further with their drumming:
Matt ‘Skitz’ Sanders, Igor Cavalera, Lars Ulrich, Vinnie Paul, Tomas Haake and of course Gene Hoglan. Fairly typical list for most drummers when asked who their fav's are, but there's a reason why all these guys are regarded so highly... to me it's all about how you compliment the band more than just drumming ability.

Technical death metal is characterized by its complex drumming, and layered time signatures, how much of that is reflected in your drumming?
Our music as a whole is very complex and uses a lot of odd timings, so my drumming is obviously very reflective of that. I definitely don't consider us as just a 'death metal' band. I fuckin' love death metal and I have total respect for anyone playing that style, but we mix a lot of different styles and influences into our sound, which certainly sets us apart from bands who are commonly referred to as 'death metal'. For me a lot of those bands are characterized more-so by the speed of the music, and we have never been interested in building our music on speed alone. To me playing fast gets very boring very quickly. I think it takes away from keeping the songs interesting and powerful as well when the drumming is just a constant blast beat. Like any music the key is to have a certain degree of diversity and variation.

You were signed to the Australian branch of Sony Music for your second release, how much of a big thing was it for the band?
It was HUGE for us because it is totally unheard of in Australia (or pretty much anywhere in the world!) for a band of our style to be affiliated with such a commercially successful company like Sony. They obviously recognized the success we had with our first album and took a chance on working with the band for the "Calculated" album. Everyone at Sony we work with has been great and both sides have been very pleased with the results. 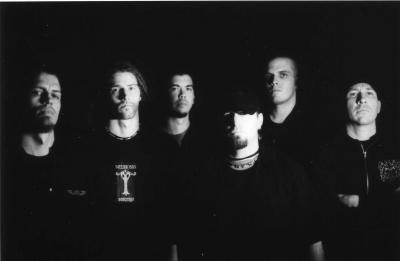 Your music seems to infuse both modern and electronic touches with tech death, what's your idea of a good mixture of the different ingredients in the band's music?
The basis to all of our songs is just drums and guitars. Once we have the riffs and beats and the song begins to take shape we work on the vocal patterns then we layer it with samples and secondary guitar layers or various other sounds. I would never want to saturate the music with samples, but used in the right places they make a huge difference and give the songs more depth and individuality.

The only other Ozzie band I know is Mortal Sin, the thrash band, what kind of a metal scene do you have over there?
We have toured a lot of places and been lucky enough to play with countless great bands, and I can say without doubt that the Australian metal scene is world class!
The major problem is that the country is so isolated from the rest of the world that it is almost impossible to get recognized internationally and become successful overseas.
Australia has some fuckin' killer metal bands but the majority of them will never be heard of or get the recognition they deserve. On a positive note, I have noticed a handful of bands breaking out and touring/releasing material in America and Europe within the past few years, bands like The Berzerker and Psycroptic. Even though we are living in Los Angeles now we always keep up to date with the emerging bands back in Australia, so I'm sure the scene will continue to develop and we will see more bands heading this way!

I understand you've signed to Killzone Records, what happened to the Sony deal, and why did you choose to sign with Killzone?
We signed the Sony deal exclusively for the "Calculated" album, within Australia. So we are still affiliated with them for that release, and everything has been working out great. When it comes time for our next album we will review our position with Sony and take it from there. We've become good friends with Stuart from Killzone over the past few years, he was actually the D.J. at the Mean Fiddler in London and he saw us play there during a European we were doing. He also wrote for Terrorizer Magazine so he was very familiar with the metal scene. Stuart decided to make the move from The UK to America and start his own label, which is now based in Texas. After talking with various other labels for the re-release of "Technologies" (it's a debut release in the USA) we decided our best option was to work with Stuart and sign with Killzone Records. It was very important to us that we work with someone who we can fully trust, and things have been working out really well. Stuart is very dedicated to making both Killzone and Devolved as successful as possible.

How much of an exposure did you guys get outside of Australia?
We have toured The UK, Europe and Japan extensively in the past, so that certainly gave us exposure in those countries. We've also been networking with various friends and bands in the industry in America in preparation for the up-coming release, so i think the word about Devolved is definitely growing more and more.

Finally, what are your plans for the rest of the year?
Firstly release the "Technologies" album which is scheduled to be in stores on September 25. We will look at touring to promote that release and also finish writing the new album during that time. If all goes to plan we will then record it, release it, and continue to tour as far and wide as possible to show people what Devolved is all about!

Thanks a lot for your time and effort, it's much appreciated.