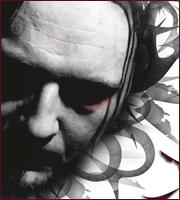 Susperia may have gained their initial success because of their music's similarity to the mighty Testament, but it seems that with every release, the band is attaining its own, unique style of modern thrash metal. The band's new release, "Cut From Stone", combines the former thrash elements with some different, more modern sounding ideas. We spoke with bassist Menmock about the band's latest release, its growing popularity in the European metal scene, and his wedding, too:

Hey man, I've just read that "Cut From Stone" is the number one most added album on CMJ Loud Rock and FMQB, what do you think about that?
Hi man how are you?... yeah it’s great news for us about the album. We think that it is fantastic and are very happy about it. It’s good to get that kind of recognition.

I understand it also did rather well on the Norwegian charts, and not for the first time, but did you expect it to go as high as it did?
We always hope for the best and it’s pleasing that it got to the level it did. It was above all our expectations. It’s good for us because it shows that people like what we have done. We always take a selfish approach and write and record what we like, otherwise we feel we are not being true to ourselves. The fact that other people like it is a nice bonus *laughs*.

How well was the album received by the fans and media since its release?
All in all it seems like the fans love the album, we have had a lot of mail saying that the new album is the best so far and so on. The reaction from the press has been good. Most of them like it and have given us good reviews, so this is a very good thing for us. The only bad reaction I have seen has been from a couple of magazines in the UK. But that’s the way it goes. They are in the minority, otherwise we would be worried if everyone was saying it was a bad album, but that is not what is happening.

Why is it called "Cut From Stone"?
When Susperia first started a lot of people called us an "all star band" because of the previous bands we had been involved with. Most of the press believed that we would be a short-term project. This was never our intention. Susperia always was our top priority and was always seen as a proper band. So this is our way of saying that Susperia is here to stay. We are not like sand which always moves and is not solid, we are cut from stone, made to last.

The album cover has a strong 80's thrash metal vibe, what's the idea behind it?
Thrash is one of the styles of music that inspired us when we were young and I think it is ageless. But I never looked at the cover as having an 80’s thrash metal vibe. It’s just another step forward from our previous covers. We’ve always had faces on them.
This one shows a state of confusion, I guess we are descending into madness.

I understand the sound was done by you, with Marius Strand, and a mix by Daniel Bergstrand, resulting in a clean and sharp sound, do you prefer it to the one you had using Abyss or Fredman Studios?
Using the same studios was becoming like manufacturing a car. The same car gets made over and over again. That’s what was happening with the studios. It had got to the stage where all the bands were starting to sound the same. There was no individuality. We didn’t like that so that’s why we did something else. We like to experiment with the sound on different albums and I have to say I prefer the sounds that Daniel and Marius have given us. They have brought a human touch to the music. We knew it would work with Marius because we used his studio when we put the ‘Devil May Care’ EP together. That was like a test. 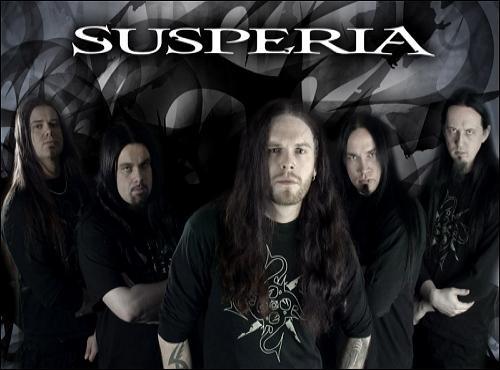 Musically the album is a bit different than your older material, in which you shrug off some of the Testament resemblance a lot of people found in you, was that intentional?
Testament is a band we like and respect. The Testament comparison is always being made, but we can’t do anything about it. Was it intentional to shrug off any resemblance? No - because we don’t think there is anything to shrug off. You know we don’t sit there and say "oh, we need to make this album sound like this or that band". We just make the music we like and that’s it. I think people need to look a little deeper into what is actually in our music.

The band has gained quite a massive following thanks to it's first albums, do you think the subtle change in your music may be disliked by them?
We haven’t lost a lot of the old fans, but losing a few is not a great problem because we gained even more new ones with the later albums. A lot of our fans are loyal and they have given immense support through our career. They stand by us and seem to understand that Susperia have needed to progress and develop.

Now some history, how did you guys originally start out?
Originally Tjodalv and Cyrus got together to write songs. Tjodalv was still in Dimmu Borgir at the time. But then they both started to get serious and wanted to get a proper band. So Athera and myself joined to form Susperia. We started as a 4 piece band and made a demo back in 99. Then we brought Elvorn in to play rhythm guitars – in fact Athera, myself and Elvorn had all been in a previous band together so we all knew each other. Tjodalv was also still playing with Dimmu but he left them once Susperia started to take off. The demo got a few labels excited and we had quiet a few offers. We ended up signing with Nuclear Blast and the rest as they say is history.

Why was the name Susperia chosen? Are you Dario Argento fans?
Hehe - yes Athera is a horror fan. He’s got absolutely every single film from Mr Argento and a hell of a lot of other films as well *laughs". He is horror crazy and has a massive film collection. We decided on the name Susperia and just changed the spelling slightly to avoid any problems.

Most of you guys came from black and Viking metal bands, why did you go in the thrash direction that you did?
Hmm…The thrash direction was just a natural development. The one thing we did know though was that back then, every single kid who was in a band wanted to play black or Viking metal. So we figured that it was not going to be something that we would do. We didn’t want to follow the trend I guess. Why have another black/Viking metal band when they already exist? We’ve always been like that, wanting to do our own thing.

Were you aware of the chuck Billy similarities in Athera's vocals when you started out?
Nope, not at all. We never bothered to think about who or what he sounded like. To us it is Atheras’ natural voice, it is the way he sings, what can we do? *Heheheheheh*. I know that a lot of comparisons have been made but sometimes journalists become too obsessed with it.

You used Mustis as a session keyboardist on your demo, why is that, and why wansn't a keyboard player following that?
Yes, we used Mustis on the demo. It was just an experiment to see if it was going to be useful to have synths in Susperia. We found out that it wasn’t a necessity, so we have not had a synth player since. I would never say that we would not use any in the future, you just don’t know what will happen, but for the time being it’s not for us.

In 2005 you were invited to play with Testament as a part of their reunion, what are your recollections from that tour?
That they got us pissed drunk on Cyrus’ birthday and that we had to carry Tjodalv back to the tour bus, he fell asleep, half standing and half lying in his bunk with his pants down *hahahahahahahah* – not a pleasant sight. 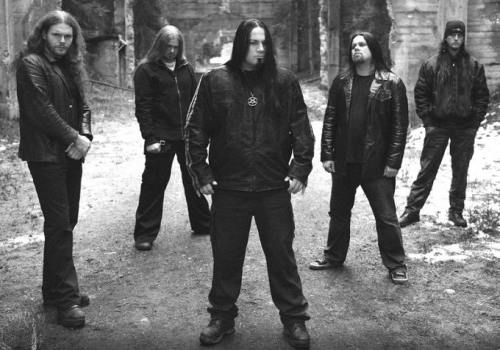 (I've read that Memnock starred in this reality show that followed up his preparations for marriage) How did he get into that, and how much of it was based around the band?
Yes, I was in a reality series; it was a funny and strange experience. *Heheh* Having cameras following you around takes some getting used to. I can see why The Osbournes came out the way it did. You soon forget that the cameras are there. The band was in there but the series was mainly based around me and my wife. The TV people found out that I was getting married and called me about filming it all. I think it was because of Susperia that they called and that’s how we got in to it.

A bit more about the new album - it seems to be your most dynamic up do date, with more melodic tracks, such as "Lackluster Day" followed by very aggressive numbers as "The Clone", and then into acoustic segments, were you going for such a varied effort?
We always try to have variation in our albums. It’s always been the case in Susperia. I think this time we’ve taken it a step further. It’s helping us to define our sound as a band. I don’t think it’s a bad thing; there are loads of bands that have some classical themes and hard ones as well.

What's next for the band? Any upcoming festivals?
Not this year, we have recently finished a European tour with W.A.S.P, which was a great experience. Then we had a short UK tour and some dates in Norway. So now we are looking for more shows after the summer. We hope to hit some festivals next summer.

That's all, thanks a lot for the interview and best of luck with the future endeavors
Thanks for the interview
Regards, Memnock
Ps - Remember: Under the sky...under the heavens, there is but one family .It just so happens that people are different! (Bruce Lee)