France's Spheric Universe Experience are one of Europe's bright new prog hopefuls. The band's third release – Anima, combines staggering technical proficiency with strong melodies and a solid knack for strong song writing. To know more about this bright star in prog metal's luminous skies, we spoke with the band about their history and their latest release: 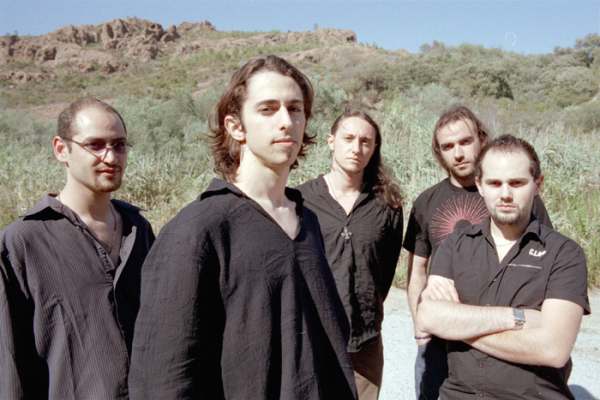 Hey guys, congratulations on the release of Anima, I was very impressed by the release, and I'll start with some questions about it, first- what does the title mean and refer to?

"Anima" is a latin word (we come from Latin Europe and Latin has a high historic value here), which has several meanings. They seem different but actually come from the same concept – life, existence, breathe, soul, animal, being, living thing, etc. It represents quite well the meaning of our lyrics and the content of our compositions.

How does that relate to the cover of the album?

Our lyrics often deal with the "Anima", the human soul, hard psychological times, sad feelings, doubts, etc. However, hope is always there, in both our lyrics and music, with some major-chord themes, and this oasis that's emerging and spreading within chaos is the illustration of this immortal bright magical side of life that always comes back after sorrow.

Is there a unifying theme to the lyrics?

No, each song tells about a different story. But there is a sort of underlying thread throughout the album – we have inserted spoken sections within the songs in various languages. You know, even if we need to sing in English in order to reach as many people as possible, we wanted to pay a tribute to other languages, because all languages are beautiful, like Italian, Japanese, Spanish and of course, French. This is where you may find an original concept.

Musically your music can be described as prog metal, but there are different elements in there as well, and it's also rather heavy for prog, how would you describe what you're doing?

We're composing songs that are as much progressive and heavy metal as possible. We need both elements to be pushed as far as possible. We love musicality and richness in harmony as well as wide trash headbanging low-tuned riffs! So we try to mix it up and keep a certain balance. You know, we're five different musicians, with influences from jazz to electronic music, from death metal to latin jazz rock, etc. So that's why several worlds are included in our compositions.

It's almost impossible to discuss any prog metal band without mentioning Dream Theater, were they an influence on you in any way?
Yes they were, and still are. How could we deny it?! When the Dream Theater guys are about to die, each member will be able to say to himself "ok, I've brought something more to music, I can die with my mind at ease". We admire what they have done and still do. But many other bands have influenced us. So many that we cannot actually mention them all.

Some history, how did you guys originally start out? Where did you play before that?
Well, back in 1999, Vince Benaim (guitarist) decided to create a progressive metal band. John Drai (bass player) and Fred Colombo (keyboardist) joined him a few months later, we started covering progmetal classics under the name of Amnesya, and then, for some reason, we left this band in order to end with covers and start actually writing music and compositions of our own. Spheric Universe Experience was born in 2002. Franck Garcia (singer) and Ranko Muller (drummer) joined the band later. We composed our debut album "Mental Torments" in 2003/2004. It's been released in 2005 under Replica Records and Nightmare Records. We've had several live concerts, especially the big opening for the Scorpions in 2005, and then we started writing the songs of our second album "Anima", which has been released a few months ago. So basically this is where we come from. 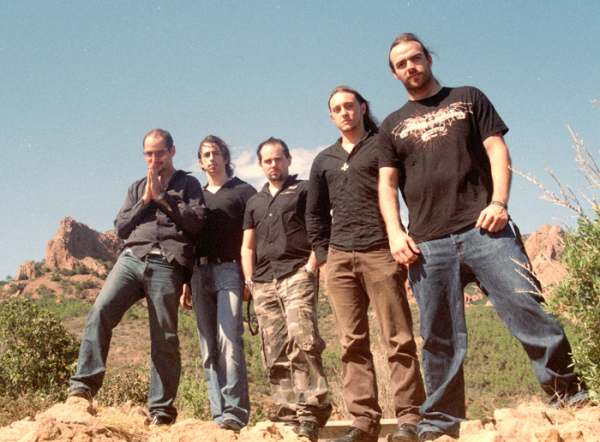 The musicianship on the album suggests you have studied music, is that true?

Yes it is. We've been starting music as we were young children. Some of us have classical and jazz background (Fred Colombo, Franck Garcia), some have studied rock basics (John Drai, Vince Benaim, Ranko Muller). We believe that theory and practice go hand in hand, and it is impossible to do something in a good way (either in music or in any other field) without having one of those elements.

Why was the Name Spheric Universe Experience chosen for the band?

Oh it sounded "proggy" and there could be a complex concept behind it. Spheric Universe Experience may mean we're living on a sphere, just like the Earth, and we're surrounded by a huge universe, or we're unconsciously living within a sphere, the universe is actually spherical, and then what's beyond it? Anyone can "see" this bandname in different ways and have their own vision of the concept of spheric universe.

What can you tell us about your debut album?

"Mental Torments" was composed by only three members (Vince Benaim, Fred Colombo and John Drai), we were very young, and we didn't know what would happen, so we approached the composition process in a completely neutral way. Then we finally released it, thanks to Claus Jensen from Intromental Management who offered us a management deal, and introduced S.U.E. and our album "Mental Torments" to labels and media. This album has launched the S.U.E. project. It was progressive metal, in a fine, subtle way. But we feel our lack of experience and especially live experience can be felt in this album. Anyway, we gathered fans from various metal styles who loved the album, and we hope it becomes a classic someday!!

Though I know there's quite a metal scene in France, it seems very little to no bands really break out and reach international recognition, why do you think that is?

It's weird – France has hundreds of talented metal bands, but the structures (rehearsal rooms, concert venues, recording studios, etc.) are missing. French media do not support national bands, and promoters prefer booking foreign headliners, and even foreign opening acts rather than helping French bands. Dunno whether it's good or not, but it surely doesn't help French metal bands. But we see bands who are working very hard and manage to slowly conquer other territories like Gojira, Fairyland, Heavenly, Kragens, etc. (many from our south eastern region! Hehe) and we truly believe that this hard work will pay off and the French metal scene will finally open to the world, within a few years.

How did you reach the record deal for this album?

We are working with Danish management agency Intromental, which works with most of the main record labels of the metal industry. They have gotten the deal with Sensory Records for the worldwide release of Anima. We are very glad to start this new partnership with this great American label.


The album benefits from a very clear and precise sound, who produced it?

We recorded and mixed "Anima" here in southern France, with excellent sound engineer Charles Massabo from Kallaghan Records. It's been 6 creative, hard-working weeks. We sent the album to Tommy Hansen from Jailhouse Studio for mastering. He put the final touch to it with the talent he's famous for. We're really proud of the production quality of "Anima", because we've been investing a lot of energy, money and time in it, and the end-result is great.

Why did you choose Tommy Hansen to do the mastering for the album?

Because he had mixed and mastered "Mental Torments" and did an amazing effort. We were satisfied with his great skills, so we simply got back to Jailhouse studio to master "Anima". Tommy has become one of our key-partners – the kind of person we know we'll keep working with in the future of S.U.E.

What kind of touring are you planning now that the album is out?
No tour booked yet but separate gigs here and there. The most exciting one is ProgPower Scandinavia in Copenhagen on November 9th 2007. We'll share the stage with bands like Andromeda or Threshold which we've been listening to for many years. It's an honour to be playing there.

That's it, thanks for doing this interview!
Alon Miasnikov
Share |
blog comments powered by Disqus